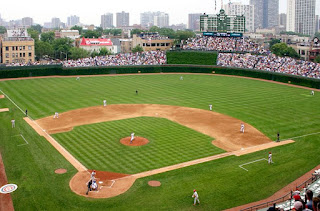 Boxing
Michael Gibbons: A lightweight prizefighter known as The Godfather. His brother has autism.
Fisherman
Michael Iaconeli: A professional bass fisherman. He has supported autism causes.

NASCAR
Jamie McMurray: A NASCAR Driver who has a niece with autism and is President of the Jamie McMurray Foundation for autism.

Runners
Mikey Brannigan: A young adult who is practicing for the 2024 Olympics and has won numerous achievements for his running.
Marc Leber: A college student and track star who participated in Team Hoyt races with a young man with autism named Ashton McCormick.
Alex and Jamie Schneider: Identifical twins with autism who are non verbal have competed in over 130 races.
Surfer
Izzy Paskowitz: An autism father from California who was a champion in professional long surfboarding and founded Surfers Healing to introduce surfing to children with autism. His son Isaiah has autism.
Wrestler
Chris North: A high school wrestler at Northwest High School in Justin, Texas who gave his silver medal to a boy with autism named Alex Chappell.

College Players
Alex Cohen: Forward and Center for the Women's Basketball Team at Northwestern University from 2011-2015. Her brother Aaron Cohen has autism.
Anthony Ianni: Center for the Men's Basketball Team at Michigan State University from 2010-2012. First NCAA athlete basketball player with autism.
Devin Ross: The first swimmer in the history of Centenary College to make the Olympic Trials in 2012.

STUDENTS
Nicholas Bennett: Basketball manager from 2011-2015 for the North Hall High School basketball team in Gainesville, Georgia. Nick made 1,000 shots from half court over the years of practices.
Kendrick Brinson: Basketball player for Soledad High School in Monteray County, California in 2010-2011 seasons.
Manny Dedmon: Football player at Birdville High School near Ft. Worth, Texas in 2013-2014 seasons.
Ethan Fowlks: Baseball player for the Salt Lake Sidewinders Under 12 team who hit the walk off home run on July 11, 2013 for his team to win the championship in Cooperstown, New York.
Cortland Hale: Defensive Tackle on the football team for Brookwood High School in Snellville, Georgia for 2007-2008 seasons.
Wyatt Iles: Junior golfer from Clairmont, California who has been successful in golf tournaments. He will be in 8th grade in 2014.

Jason McElwain: Basketball manager who scored 20 points in the last 4 minutes in a high school game on 2/15/2006 for Greece-Athena High School in Rochester, New York.
Ranveer Singh Saini: A 14 year old golfer from India who in 2015 became the first citizen of India to win a Gold Medal in the Special Olympics World Games.
Anthony Starego: Kicker on the football team for Brick High School in Brick, New Jersey. He was a senior in 2012.
SPECIAL MENTION
Dwayne Ballen: Sports announcer and autism father who wrote the book "Journey with Julian".


Photo: The photo of Wrigley Field is in the Creative Commons of Wikipedia and is attributed to Rick Dikeman.