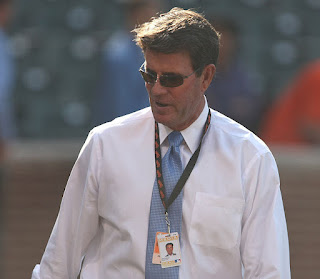 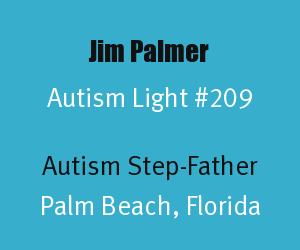 Jim Palmer is a retired Hall of Fame Baseball Player. His stepson Spencer has autism. Jim Palmer has his primary home in Palm Beach, Florida. Jim Palmer is an Autism Light for his support of autism in his own family and for helping an autism charity through a special auction.

Baseball Career:  Jim Palmer was a pitcher for the Baltimore Orioles from 1965-1984. He won 268 games and never gave up a Grand Slam. His complete statistics are on his ESPN page.  Jim Palmer was voted into the National Baseball Hall of Fame in 1990. The following is the Hall of Fame Video on Jim Palmer.

Baseball Announcer: Jim Palmer became a baseball announcer after his playing days were over.  He worked with ABC Sports on a popular broadcasting team that included Al Michaels and Tim McCarver from 1985-1989 and 1994-1995. Palmer also has a condominium in Baltimore and serves as the current color commentator for Baltimore Orioles baseball games for the Mid-Atlantic Sports Network.

Jim Palmer has been known to wear the Autism Speaks pin while broadcasting. When asked why he wears the pin, Jim Palmer said,


It's for autism awareness. My stepson is autistic - actually, Aspergers, which is supposedly a higher functioning form of the autism spectrum - and they're trying to figure out what causes autism.  The puzzle (piece) is that they're looking for an answer (Source).

Here is a video where Jim Palmer talks about how he keeps healthy today. The video includes portions of Palmer sharing about autism and his stepson Spencer.  At the conclusion of the video Jim Palmer says, "You do the best you can and you hope that somewhere down the road that they are going to make inroads into finding what really causes autism and it would certainly be great to be a part of that."


Auction of Baseball Awards: On July 10, 2012, Jim Palmer put 2 of his Gold Glove Awards and 3 CY Young Awards up for Auction (Source). David Brown of Yahoo Sports writes about the auction, "Some of the proceeds will go to the autism project of Palm Beach County, Fla. (Palmer has a 15-year-old stepson named Spencer, who has autism) and the rest will go in the bank, perhaps to help fund the education of Palmer's grandchildren (Source)."

Wikipedia: You can find out more about Jim Palmer at his Wikipedia Page.

Special thanks to Jim Palmer for being an inspiration to the autism community.  Jim Palmer shows that one need not be a biological father to be an autism father. His dedication as a step-father to an individual with autism is an example for all autism fathers.  Jim Palmer becomes the 8th Major League Baseball Player to be featured on Autism Light. A complete list is found on the Autism Light Sports Page.

Photo: The photo of Jim Palmer is in the Wikipedia Commons and is attributed to Keith Allison.
Posted by Alan Stokes at 10:30 AM