Will and Lisa Clark

Autism Lights #71 are Will and Lisa Clark. 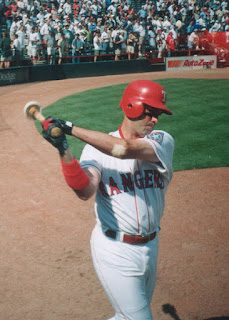 Will and Lisa Clark are from Louisiana. They have a son named Trey who has autism. Will Clark was a professional baseball player and is currently working in the SanFranciso Giants organization.  Will and Lisa Clark are Autism Lights because of how they have worked to raise awareness and funds to help the cause of autism.

Parents: Will and Lisa Clark's autistic son Trey is their top priority. Will Clark said this about his son:


Being a baseball player, I had to wait for certain pitches, and I had to be a patient hitter. Having a special needs child, you have to be even more patient. Patience is something that my wife and I were definitely taught because of this experience (Source).

Baseball Career:  Will Clark played 15 seasons (1986-2000) in Major League Baseball and was a six time all-star.  He started his career with the SanFrancisco Giants and concluded it with the St. Louis Cardinals. Clark's nickname was "The Thrill". His complete major league career statistics are at Baseball-Reference.com. Will Clark was inducted into the College Baseball Hall of Fame in 2006. One of Clark's many on field achievements include hitting a home run against the great Nolan Ryan in his first major league at bat.  Here is a video that is a tribute to Will Clark's playing career.


Charitable Organizations: Will and Lisa Clark have worked with Cure Autism Now, which is now merged with Autism Speaks. They have also been involved with Athletes Against Autism.  Lisa Clark has been co-chair of a Spring training fundraising event that was sponsored by Athletes Against Autism and is put on by the Baseball Wives Charitable Foundation.

Social Media: You can follow Will Clark on the following social media.
News Stories:  The following news stories are about Will and Lisa Clark's family and autism related efforts.
Special thanks to Will and Lisa Clark for being dedicated to your son Trey and using your opportunities from success in the world of major league baseball to help raise awareness for autism.

Photo: The photo in this post is from the Wikipedia Commons and is attributed to John Bonzo.
Posted by Alan Stokes at 7:38 AM