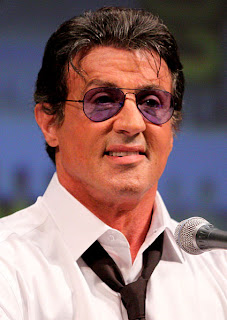 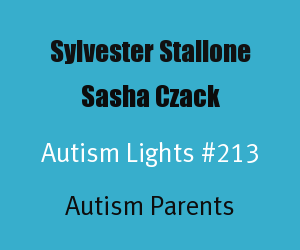 Sylvester Stallone has many memorable scenes from his dozens of movies, but this scene from Rocky Balboa (2006) is very inspirational.


In 1990, Sylvester Stallone recorded the following Public Service Announcement, where he shared about having a child with autism and encouraged people to contact their local chapter of the Autism Society of America if they knew a child who has autism.

Online Presence: You can follow Sylvester Stallone online at the following areas:
Special thanks to Sylvester Stallone and Sasha Czack for being Autism Lights. Celebrity autism parents are in a challenging position to maintain their privacy and that of their child, when dealing with autism. Sylvester and Sasha are praised for raising autism awareness and for their dedication as parents to their autistic son Seargeoh Stallone.

Note: In an additional fitting tribute to Sylvester Stallone and Sasha Czack this post is the first in the history of Autism Light to receive over Ten Thousand (10,000) Views.

Photo: The photo of Sylvester Stallone is in the Creative Commons of Wikipedia and is attributed to Cage Skidmore.
Posted by Alan Stokes at 6:27 PM