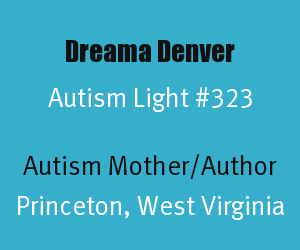 Bob Denver was the comic actor who starred in the sitcom Gilligan's Island. Bob Denver died on September 2, 2005, from cancer. Bob Denver was an autism father who quietly spent the last two decades of his life caring for his autistic son Colin. Bob's widow Dreama Denver is an author, speaker, runs The Denver Foundation and Little Buddy Radio, and continues to care for the couple's son Colin Denver. Bob and Dreama Denver are Autism Lights because of how their devotion to their son and their journey with autism has increased autism awareness. In addition, Bob Denver will be placed on the Autism Light Memorial Roll today.

Actor: Bob Denver starred as Gilligan in the popular sitcom Gilligan's Island which originally aired from 1964-1967.  Bob Denver also starred as Maynard G. Krebs in The Many Loves of Dobie Gillis, which aired from 1959-1963. You can read more about Bob Denver's career at Bob Denver's IMDb Page or the Wikipedia Page of Bob Denver. Bob Denver was not wealthy as he was only paid for the original shows he did and had no residual income from the numerous years of syndication and reruns of his beloved shows.


I wanted the fans to know who he really was because he was a special, special man, especially when dealing with our son Colin, who has severe autism. I thought it was important to tell people that he set aside the last 21 years of his life to be with me and take care of our son, who had to have full-time care, [because he] didn't want me to do it alone. That speaks to the type of human being he was...He was highly intelligent, and I think that is the most surprising thing about him. He was extremely intelligent, and that didn't always come across in the characters that he played (Fox News, Wife of Late Bob Denver Says, 11/15/2012)

Foundation: Bob and Dreama Denver established The Denver Foundation in honor of their son Colin who has autism. The foundation operates in West Virginia and has a partnership with ResCare to meet the needs of special needs families in the community. You can learn more about The Denver Foundation at www.bobdenver.com/the-denver-foundation.  The following is a video where Dreama Denver reflects on Bob Denver.

Author: In September, 2012, Dreama Denver published Gilligan's Dreams: The Other Side of the Island. The book shows people that Bob Denver loved in his life and includes a discussion of his relationship wth his autistic son Colin.


Autism Mother: Dreama Denver encourages other autism mothers and widows who are caring for children with autism alone while she promotes her book on her family. She said, "Even when you get a heartbreaking diagnosis for your child -- and even when you lose the person in your life who is everything to you and shares the load with you -- that you can survive. It really is a book about hope and survival and mainly about making commitments and keeping them (WDTV.com, Wife of Deceased Actor Shares Her Story, 4/13/2013)."

Autism Light honors diverse heroes to the world of autism.
Posted by Alan Stokes at 10:56 AM