Education: Jerry Newport received his B.A. in Mathematics from the University of Michigan. He is considered a math savant because of his ability to perform complex mathematical calculations in his head (Wikipedia: Jerry Newport).

Author: Jerry Newport is the author of three books including, Mozart and the Whale, which is the story of how he met his wife Mary and also the subject of the 2005 movie, "Mozart and the Whale".  His other books are Your Life is Not a Label and Autism-Asperger's & Sexuality.

Quote: One of the humorous statements Jerry Newport has said is, "I know of nobody who is purely autistic, or purely neurotypical. Even God has some autistic moments, which is why the planets spin."

When interviewed by Rebecca Leung in 2009 Jerry Newport said,

Rather than being obsessed with trying to be in step with the world, I've come to accept the fact that in certain ways I never will be. And I just don't hate myself for it. I think that once I started learning how to love myself as I truly am, it made it easier for other people to love me the same way.

Jerry Newport is featured in a video about Autism and the Decision to Drive. Here is a promo to that video that is produced by Debbaudt Legacy Productions.

For more information on Jerry Newport, read these online articles.
Special thanks to Jerry Newport for being an Autism Light. His writing and speaking brings awareness on autism, especially Aspergers.

Photo: Photo in this post used with permission of the Webmaster that formerly maintained Jerry Newport's personal website.
Posted by Alan Stokes at 8:08 AM 3 comments:

Diane Soucy founded the ADL Center after discovering her son Matthew had autism.  She now serves as the President of the ADL Center. Diane Soucy is leading ADL into new and innovative services to those with autism.  ADL stands for "Activities for Daily Living".

Diane Soucy writes this in her story on her website about being an autism mother, "I worked almost as hard as my Matthew to educate myself and get him the services he desperately needed. It was no easy battle, but it is paying off. Matthew has made steady progress, and makes tiny gains everyday. Along his journey is his family, for the roller coaster ride. Quite frankly, sometimes we, in turn, want to get off. But there is no getting off; we're on it for the journey."

Diane Soucy was interviewed on Comcast Newsmakers for a past Autism Awareness Month and the following video was produced about her.


Social Media: Fund out more about the ADL Center and Diane Soucy's work at these social media places.

Special thanks to Diane Soucy for making a difference for autism. Diane's Soucy holds the distinction of being the very first autism mother to be featured on the Autism Light blog.

Photo: Photo in this post used with permission of Diane Soucy.
Posted by Alan Stokes at 12:00 PM 2 comments:

John LeSieur created the Zac Browser and is the President of People CD.  The Zach Browser is a web browser designed to help children with autism navigate the internet. The USA Today did a story on John LeSieur which can be found at this Website. This resource was created in order to help limit the frustrations of his grandson Zachary experienced when using the internet.  Zachary has autism. People CD summarizes the unique features of their browser by saying,

"The buttons are limited to essential functions and the browser prevents the child from accessing inappropriate sites. Children suffering from autism are known for being able to adapt easily to PECS (pictograms) so we designed an icon based navigation system like the PECS system."

Below is the Associated Press story on this special web browser.

Social Media: You can follow John LeSieur and his work at the following social media areas:


You may find out all about this special browser for computer users with autism on their home page at www.zacbrowser.com.   A free download is available.  John LeSieur is an Autism Light because of the potential this browser has to help many children with autism experience the world of the Internet.

Autism Light honors diverse heroes to the world of autism.
Posted by Alan Stokes at 12:00 PM No comments:

Today we begin a series on heroes to the Autism community. Some have autism, others are parents or grandparents. Some are well-known and others live lives out of the spotlight. They come from all areas of the world and there stories can serve to inspire and help all of us, whether we are part of the autism community or caring members of society.
Posted by Alan Stokes at 1:05 PM No comments:

The Beginning of Autism Light

Welcome! Autism Light has been created to recognize and appreciate diverse people, corporations, and resources that are making a difference for autism. If you appreciate specific Autism Lights please feel free to leave a comment on their post.

It is our belief that as we shine the light on autism it will enhance the quality of life for those with autism, and inspire those who interact with them in a professional or personal relationship.  This will bring benefits to all of society as the growing population of individuals with autism emerge into contributors of change, courage, and compassion.

Here are some quotes that inspire us in this project.
In this project the blogger is just the mirror that researches and finds the Autism Lights. Join us on this journey by following us on Twitter, Facebook, Blogger, or if you are on Google+ and want to be in my Autism Circle let me know.

The Autism Light Social Media page lists places where you can connect with us through social media.

God Bless Those With Autism and those who Make Them Their Cause. 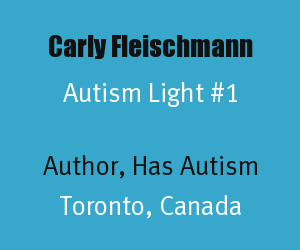