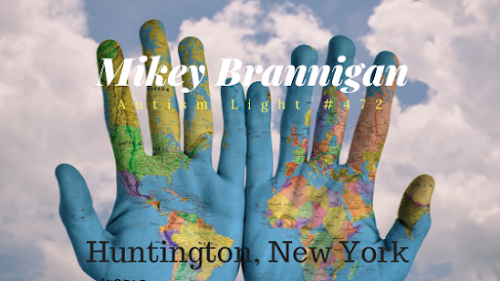 Michael “Mikey” Brannigan is a 23 year old runner from Huntington, New York  He is the first American with autism to win the gold in the 1500 meter race of the Paralympics. He is also the first runner with autism to competitively break four minutes in the mile. His goal is to compete in the 2024 Olympics in Tokyo. Mikey Brannigan is an Autism Light because he serves as an inspiration for others with autism as he achieves greatness in running and grows through his challenges in life.
Mikey Brannigan was diagnosed with autism at age 2. His parents Edie and Kevin Brannigan took him to a running club for kids with special needs called “Rolling Thunder”. He excelled in the club under the training of coach Steve Cuomo.
Mikey Brannigan graduated in 2015 from Northport High School in Huntington, New York. He was one of the top track athletes in the country in 2015 and received letters of interest from colleges throughout the United States. However, because of his learning disability he could not meet the academic requirements of the NCAA and did not attend college.The following is a biographical video of Mikey Brannigan from when he was awarded the High School Athlete of the. Month by Sports Illustrated.
When asked if his autism makes him a better runner, Mikey Brannigan said that it makes him “a better person.” Today Sonja Robinson coaches Mikey Brannigan and keeps him going toward his goal of qualifying for the 2024 Olympic in Tokyo (For more information see “Coach Sonja Robinson Keeps Mikey Brannigan On Track”). Mikey practices at the New York Athletic Club, who sponsors some of his travel expenses for events. The following is a video of the NBC news story about Mikey Brannigan winning the Gold Medal for the Paralympics in 2016.
For more information on Mikey Brannigan read these stories and blog posts about his achievements.
Wikipedia: To find out more about Mikey Brannigan visit the Mikey Brannigan Wikipedia Page.
Social Media: You can follow Mikey Brannigan on the following social media areas.
Special thanks to Mikey Brannigan for being an Autism Light. He serves as an inspiration to many families with autism and demonstrates how running can potentially help those with special needs to shine. We wish Mikey best of luck in training for the Olympics. We expect to hear great things from Mikey Brannigan in the years to come.
Autism Light honors diverse heroes to the world of autism.
Posted by Alan Stokes at 9:59 PM No comments: 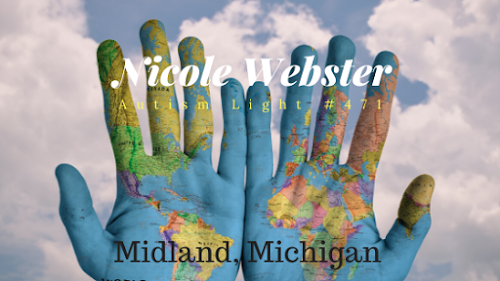