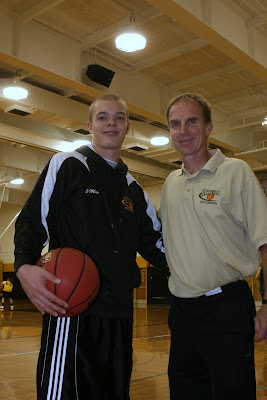 It's difficult to think of an event from years ago still being talked about on social media?  But search the name "Jason McElwain" on Twitter or Google+, especially this time of the year, and your likely to experience some shares, tears, and smiles about an event that happened in 2006. Jason McElwain is a graduate of Greece-Athena High School in Rochester, New York and Jim Johnson is the Varsity Boy's Basketball Coach for Greece-Athena High School. Jason McElwain, who has autism, and his Coach Jim Johnson are Autism Lights for bringing hope to the autism community. What started with an amazing 4 minutes at the end of a basketball game continues today as they shine a light for hope both on and off the court.

On February 15, 2006, with the game's outcome no longer in doubt, Coach Jim Johnson sent his high school basketball manager, Jason McElwain (J-Mac), in to play the final four minutes of the senior night game. What happened next would be an amazing feat for the most veteran player, but considering Jason McElwain has autism and was coming in cold off the bench to play his first ever minutes of competitive high school basketball, it is considered truly a miracle.   In just four minutes of game time, Jason McElwain dramatically scored six three-pointers and one two-pointer to score 20 points in the game and end up being the high scorer of the game. This event raised awareness for the capabilities of people with autism and inspired countless numbers of parents and people with autism to strive to reach their dreams. Embed here is one of the many news stories on J-Mac's game. This one was shared at the 2006 NBA Finals. The video shows how Jason McElwain's accomplishment gave hope to Terry and Kerri Connolly, whose son Eric has autism.


Honors:
Here is a news story recorded a year ago for the 5th anniversary of Jason McElwain's historic game that reveals how time has afforded both J-Mac and Coach Jim Johnson opportunities to continue to reach for their dreams.


Coach Jim Johnson Today: Coach Jim Johnson continues to coach the Boy's Varsity Basketball Team at Greece-Athena High School in Rochester, New York. He has been on the sidelines for 25 years and has over 335 wins. A complete biography is available at this link.  Jim Johnson also has become a published author and is a widely used professional speaker. His services have been utilized by corporations, educational institutions, religious institutions, and diverse organizations as a motivational trainer and speaker.  You may visit  his website to find out how you can book Coach Jim Johnson to fill your need for a great speaker. Coach Johnson will talk about the miracle of coaching Jason McElwain and also has other stories stemming from a career of 25 years of coaching young men in the game of basketball and life. His motto in his speaking is "Dreams Really Do Come True." 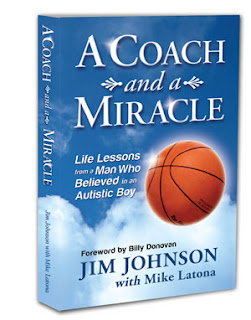 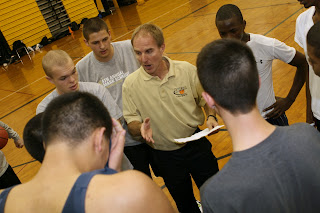 In 2011 Coach Jim Johnson published his book "A Coach and a Miracle" that talks about the Life Lessons that he learned by believing in an autistic boy named Jason McElwain. You may purchase the book at this website or click on the book to purchase it.

Jason McElwain Today: Today Jason McElwain works two jobs and when he has opportunity to speaks utilizes the motto: "Sometimes Dreams Do Come True".  J-Mac is also a volunteer assistant basketball coach for the Junior Varsity team at Greece-Athena High School, where he continues to work with Coach Jim Johnson. Several follow up articles have been written on Jason McElwain over the years, including Linder on Preps in 2007 and a Clay Travis article in 2009. Jason McElwain's dream is to become a college basketball coach.

Movie: The rights were sold long ago to make a movie on the life story of Jason McElwain, but there is no timetable for its production. Magic Johnson is going to be a co-producer of the film. Maybe they can get Kevin Costner to play Coach Jim Johnson and Luke Schroeder to play Jason McElwain.

Social Media: Jason McElwain has a Wikipedia page you can visit and also has a Facebook page.

Special thanks to Jason McElwain and Coach Jim Johnson for bringing a moment in sports that we can replay over and over whenever we need to find our dreams again. I think the reason this story has touched so many people's lives is that parents are often told to give up on their dreams when they have a child with autism. Jason McElwain's story reminds us that dreams for our children with autism don't have to end even if the take a different road. Those dreams may still be reached in a manner that goes beyond our wildest imaginations.

Photo: The photos in this post are used with permission of Jim Johnson.
Posted by Alan Stokes at 8:16 AM