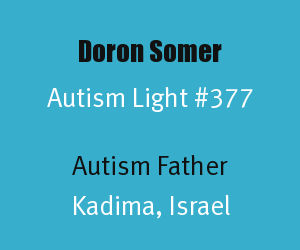 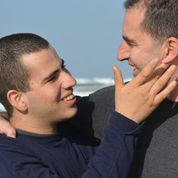 Doron Somer is an autism father who was born in Jerusalem and lives in Kadima, Israel. Doron is the father of two sons, Jonathan and Itamar. His 17 year old son Itamar has autism.  Out of his own personal experience as an autism father and armed with his passion and talent for technology, Doron formed the business AngelSense in 2013. AngelSense helps caretakers and parents track the location of their loved ones with special needs. Doron Somer is an Autism Light for his dedication as an autism father and for helping keep people from around the world with autism safer through his vision and leadership at AngelSense.

Doron Somer said this about being an autism parent in an email to Autism Light, "From my experience, raising a child with special needs is challenging - sometimes very challenging! But it is also a blessing. They give us the opportunity to grow as people, and have a more balanced perception of the world around us." 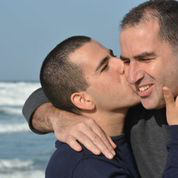 Doron Somer founded AngelSense in 2013, together with Nery his friend, in order to share with others the wearable technology that met a real need in his own life to keep his son with autism safe. AngelSense is a GPS tracker that can be secured to a person's clothing and it also offers a special "Listen In" feature for parents to hear sounds in the special needs environment when they are apart from family. You can read Doron's Story at the AngelSense blog and learn how the first prototype of AngelSense was used by Doron Somer to protect his child and how it became the foundation of AngelSense.

One of the features that makes AngelSense stand out as a company is their customer service. The customer care workers at AngelSense have children with special needs and they use the product themselves.  They are more than happy to work through safety challenges that AngelSense can help minimize. There is a special email button in users accounts that makes communication with the company very efficient. It should be noted that AngelSense is not only for autism families, but can be of value for keeping people with diverse special needs safe. It could even have an application for tracking adults with special needs, such as people suffering from Altzheimer's.

The sweetest thing happened the other day when my son Jonathan was wearing his AngelSense device. He was naming his articles of clothing and pointed to his tracking device and called it "Angel". I might add that in the same breath he also tried to get the device off of his clothes in my presence and was unable to accomplish that, which is by design.

Maya Ariel's Story: The following story is representative of many others who each day in diverse locations around the globe are having their lives blessed by AngelSense. Doron Somer tells Maya Ariel's story in his own words:


Maya has an 11-year-old child with severe autism. His name is Rotem. Rotem used to ride the same school bus as my son Itamar. This is how I knew Maya. Maya writes children books – she is a brilliant person. She is also a single-mom, with a physical disability that makes it hard for her to take Rotem on walks.

When I started developing AngelSense, I needed an early adopter that could start using the product when it was in very early stages of development. I shared with Maya the vision when it pretty much a dream and she immediately agreed to start using the product during the development phase and help it become a reality. Rotem has severe sensory issues and thus he was a classic "client" for testing the unique wearing accessory we developed.

Because of Maya's physical disability, she needed a way to share his experiences as he went about his day. So Maya came up with the idea of pulling pictures from Google street view into the schedule in order to share Rotem’s day with him.

He initially just watched quietly and then he started saying the names of the locations. They had a really amazing experience of being together and sharing his day. We asked Maya to be the first mom on our customer care team. She immediately agreed! Maya today leads our technical support and doing an unbelievable job. She is an inspiration for the rest of the moms that followed.

She works extremely hard, but has told me that she feels AngelSense is not just a job opportunity for her but that her life has become filled with meaning by helping others.Maya is my true hero of AngelSense.

The following is a video of testimonials of other parents who are using AngelSense. Other testimonial and product instruction videos are available on the AngelSense YouTube Channel.

Service to Autism Community: Doron Somer views the value of AngelSense to the autism and special needs community in this way.

As parents to children with special needs, we constantly worry about them. The statistics of abuse, mistreatment, and bullying are horrible. There are also just as many cases of improper treatment. Not to mention the fear of wandering. I feel that our lives are often times very challenging and hectic; hopefully AngelSense can ease a few of the worries, help in optimizing and planning our time, and provide some peace of mind. When our children are not treated properly, everyone in the family pays a huge price. Meltdowns, self-injury, overall deterioration, etc. Knowing what is happening with our children and how they are being treated is crucial to improving their well-being and safety (Doron Somer).

Vision for AngelSense: Doron Somer has this vision for the future of AngelSense.

I would like to create a worldwide movement that is about keeping our children safe and well cared for. We also want to increase the awareness of the need to better protect our children and monitor the way they are being treated. I would like to see hundreds of thousands of parents joining us to this journey. When we are strong enough, we will be able to create real changes, including legislation where needed.

I would also like to make sure that every parent may be able to benefit from AngelSense.
We understand not every family can afford AngelSense so we are always looking into ways to make it accessible to more people. We’re working on expanding assistance from charities, for example. We would also like for insurance companies to cover the cost for AngelSense. We would like to create as many avenues as we can so all of our special children can be protected by AngelSense (Doron Somer).

Autism Fathers: Doron Somer writes this word of encouragement to other autism fathers. 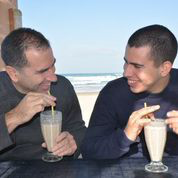 You are not alone! We will do all that we can to create a better and safer world for our special children. It is a life mission for us and we encourage parents to join us on this journey. We need to stick together. There are many challenges along the way. The end goal is that our children are protected and we know what is happening with them while not under our care. I have left my hectic life as a hi-tech executive in order to create a change. I encourage fathers to step up and help us change the world.  It is possible! Totally possible!!! (Doron Somer).


Social Media:  You can follow AngelSense and Doron Somer's work at the following social media areas. 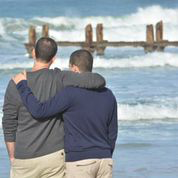 Hobbies: Doron Somer keeps very busy as an autism father and his ongoing mission to test AngelSense in real life and improve it's features consumes most of his life, because he rarely can set aside his responsibilities to his family and friends around the world who use AngelSense. Doron does do some hobbies such as jogging and biking. His favorite recreation is watching Israeli football (soccer) games in the champion's league.

Special thanks to Doron Somer for being Autism Light. We look forward to hearing exciting things in the future as he continues to grow and develop his technological product known as AngelSense.  It is a blessing to the autism community that Doron is concentrating his energies on keeping people with special needs safe through wearable technologies. His work is certainly enhanced by being an autism father and having personal experiences with the need to protect his 17 year old son.

If you enjoyed this post check out other posts at the Autism Light blog with the label "Safety".

Photos: The photos in this post were used with permission of Doron Somer.


Special Note: Autism Light is a non commercial blog.  This blog post was voluntarily written on the founder of an autism related business without any consideration for receiving any goods or services from them. While our family is currently using AngelSense at the time this post was written, we are paying the same $39.99 per month fee for the service as anyone else.

Posted by Alan Stokes at 7:22 PM No comments: Nicholas "Nick" Bennett is a senior at North Hall High School in Gainesville, Georgia who has autism. Nick has served as the manager of his high school basketball team for four years from 2011-2015.  Nicholas Bennett is an Autism Light for his dedication as a student manager in basketball and for accomplishing an amazing goal with making basketball shots from half court. Because of his accomplishment in basketball shots, Nick Bennett will be added today to the Autism Light Sports Page.

As manager of the basketball team since 2011, Nick Bennett has attended hundreds of practices. He started shooting shots from half court to entertain himself at practice. He set a goal to make 1,000 half court shots. His team and coaches helped him keep track of how many he made over the years. In January 2015, Nick Bennett made his 999 shot.

Basketball Game on January 24, 2015: During halftime of his high school basketball game on January 24, 2015, Nick Bennett made his 1,000 half court shot on the third attempt. Nick also was put in the starting lineup for the game, and made his first shot before being taken out of the game. Nick will go down in the history books at North Hall High School as the only basketball player to have a perfect career shooting percentage.

Nick Bennett told the Gainesville Times after the game, "This was such an exciting experience. It felt like I was in heaven (Fox59.com, January 30, 2015)."

Here is a news story on Nick Bennett's accomplishment.

Future Plans: Bill Murphy reported that, "In addition to his love of music, primarily the guitar, Nicholas has a strong desire to share his Christian faith with everyone he meets. Following graduation, [his father] Tim said his son plans to attend the Gainesville Baptist College & Seminary, an accredited ministry with the Hillcrest Baptist Church in Clermont (Bill Murphy, Gainesville Times, January 25, 2015).

Special thanks to Nicholas Bennett for being an Autism Light. Nick's success on and off the basketball court are an example to others of the amazing things that students with autism can accomplish. We wish Nick Bennett the best of success in reaching his goals in the future. May he continue to be an inspiration of an autism life well lived.

Autism Light honors diverse heroes to the world of autism.
Posted by Alan Stokes at 1:44 PM No comments: