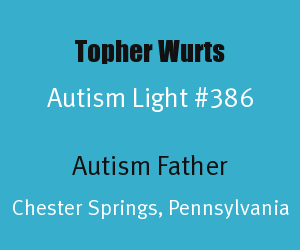 Topher Wurts is a 48 year old Autism Father from Chester Springs, Pennsylvania. He is the father of two teenage boys, Zandy and Kirby. Kirby has autism. Topher Wurts is an Autism Light for his leadership efforts to start the groundbreaking Autism Village, which promises to be a visionary app whose first public feature will allow businesses to be rated by the autism community on their friendliness to autism.

Topher Wurts has a wide experience in technology and marketing, having served as Executive Vice President of Reuters.


Wurts has decades of experience as a technologist, sales person, marketer, strategist and board member from early to later-stage start-up companies. His role at Reuters included executive vice president and head of marketing for Reuters America from 2002-2006, CEO of the Reuters venture capital company Boardwalk from 2000-2002 and vice president of equities marketing from 1998-2000. He has worked on Autism Village for the past two years as a part-time project and focused on it full-time starting last July. Wurts said Autism Village has a few services in pilot or beta testing but the app release will be the first generally available for all autism families (The Baron, March 12, 2015 ).

There is currently a kickstarter campaign to raise awareness and funds for Autism Village taking place this April 2015. Information about their Tag 10 for Autism campaign is available at autismvillage.com.  Participants will receive a song We'll Get By that was performed by Autism Light #359 Johnny Orr.

The following is a YouTube video about the kickstarter campaign for Autism Village.

Topher Wurts said this to Autism Light about the Autism Village App and how it is just the beginning. "Autism Village is about solving the practical day to day problems for autism families and autistic adults. Our first app is like Yelp or TripAdvisor to help folks find autism friendly businesses as added, rated, and reviewed by others in the autism community. We have a rich road map of more practical solutions to come."

The Huffington Post describes how Autism Village will function in this way, "Topher Wurts is developing the 'Autism Village' app which will allow people in the autism community to add, rate and review different restaurants, museums, parks, playgrounds and other locations based on 'autism friendliness' -- the level of comfort or accommodation a place is able to give a person with autism (Kimberly Yam, Huffington Post, March 19, 2015)." 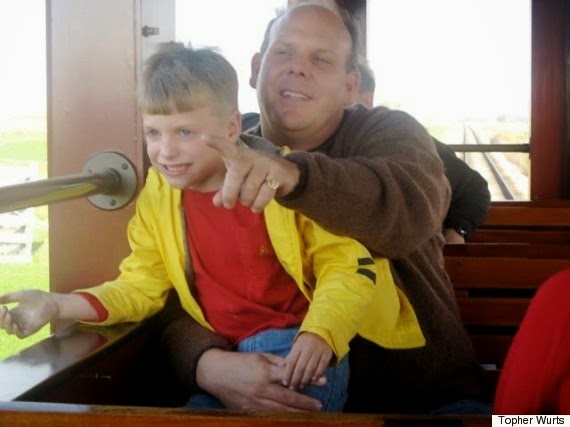 Encouragement to Parents: Topher Wurts shared this encouragement with Autism Light for fellow parents on the autism journey. "For parents, Autism is a marathon not a sprint. Each day we strive for awareness and acceptance and to help our kids become more productive and happy adults. Most of the time we're in the forest and looking at the trees, sometimes we need to step back and realize what we've accomplished."