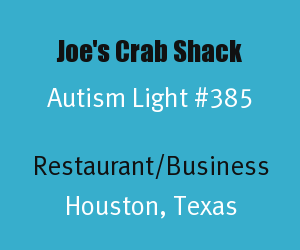 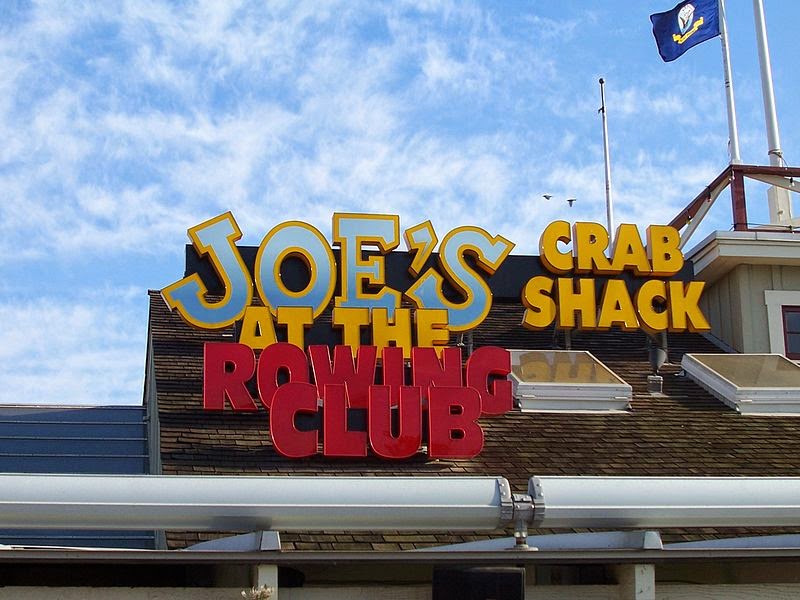 Joe's Crab Shack is an American chain of seafood casual dining restaurants owned by Ignite Restaurant Group. They were founded in 1991 and have headquarters in Houston, Texas. They have approximately 135 restaurants in 35 states in the United States. Joe's Crab Shack is an Autism Light because of their demonstrated dedication to raise money for autism through Autism Speaks during autism awareness month in April. Not counting ongoing efforts in 2015, they have raised $2.5 million for autism.

Here is a brief summary of the support Joe's Crab Shack has given to Autism Speaks for three years.


We are grateful for the outstanding commitment Joe's and its guests have shown the autism community both locally and nationally. The #JoesGoesBlue campaign brought awareness to new audiences. And Joe's fundraising efforts will further our investment in innovative research, and our advocacy efforts for individuals and families affected by autism (Market Watch, Joe's Crab Shack, May 14, 2014)

Social Media:  Several of the local franchises in Joe's Crab Shack have their own Facebook page.

It's #AutismAwareness month. Show your support & donate to @autismspeaks & get something back. http://t.co/5EGUKoI73d pic.twitter.com/GLASzcXr3d
— Joe's Crab Shack (@Joes_Crab_Shack) April 2, 2015

Thanks @autismspeaks for 10 yrs of groundbreaking research & for your support of those with autism & their families! #AutismSpeaks10
— Joe's Crab Shack (@Joes_Crab_Shack) February 25, 2015

Photo: The photo of a Joe's Crab Shack restaurant was taken from the Wikipedia Creative Commons.
Posted by Alan Stokes at 3:39 PM

Email ThisBlogThis!Share to TwitterShare to FacebookShare to Pinterest
Labels: Autism, Business, Light It Up Blue, Texas