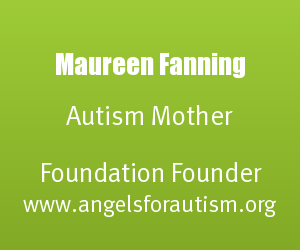 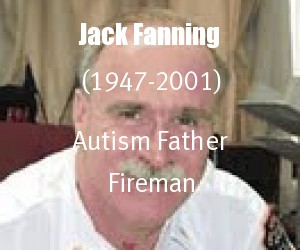 Maureen Fanning is the widow of New York fireman Jack Fanning, who lost his life on September 11, 2001. Maureen Fanning and her late husband Jack are the parents of two severely autistic sons, Sean and Patrick. Jack and Maureen Fanning are Autism Lights for their dedication as autism parents and for forming an autism foundation to make a difference in the lives of adults with autism.

Maureen Fanning serves as the Executive Director of The Jack Fanning Memorial Foundation "Angels for Autism".  The foundation was established following Jack's death at 9/11 to provide homes for people with autism.  Jack worried about where his sons would live when he and Maureen could not care for them anymore, and it was his dream, if he won a lottery to use the money to build group homes for adults with autism. Maureen Fanning was able to use funds from her settlement after 9/11 as well as her other fundraising efforts in the community to start the foundation. The foundation has supported group homes on Long Island, New York, and it also has a priority to provide research and educational opportunities for the autism community.

The Jack Fanning Memorial Foundation describes Jack Fanning's personal influence on the work of their 501c3 organization as follows:


It is the intent of this organization to fulfill Jack's final wish. Those who knew Jack remember a patient, humble-yet heroic man, who had a genuine love for people and mankind. He often said that he was the one who learned more from his 2 autistic children, then they learned from him...Jack was proud of the small accomplishments that the boys made and they relished in his love. The qualities that he possessed have been the cornerstone upon which his dream has been built. Just like his quiet manner, the Foundation has quietly persevered and we've made great contributions to those who are less fortunate. We will continue this legacy for years to come with your help (Read More in the About Us Section of the Angels for Autism Website).

Maureen Fanning will be featured with other widows and families of firefighters in the film From the Ground Up: 10 Years after 9/11. She has roles at several points in the following trailer, including the beginning dialogue, and at the 1:30 and 2:14 mark.

Maureen Fanning was also featured in a chapter called "Love Goes On" in the book A Day in the Life of the American Woman. The YouTube video below is the story done in 2006 from that book by the Massachusetts School of Law.
Maureen Fanning is an Autism Light because of her work as leader of this autism foundation and her courage as a parent and 9/11 widow.  Additional information about Maureen Fanning and the Jack Fanning Memorial Foundation are at these links.
Special thanks to Jack and Maureen Fanning for being Autism Lights. The manner in which Maureen Fanning has made a constructive foundation from this tragedy is an example to others. We thank Jack Fanning for his service to his country at The World Trade Center and hope that his sons Sean and Patrick are doing well today as young adults.

Autism Light honors diverse heroes to the world of autism.
This Autism Light Post was mentioned in Life on the Spectrum on September 11, 2011. Photo: The photo in this post is used with permission of Eileen Herbst of the Jack Fanning Memorial Foundation.
Posted by Alan Stokes at 12:10 AM