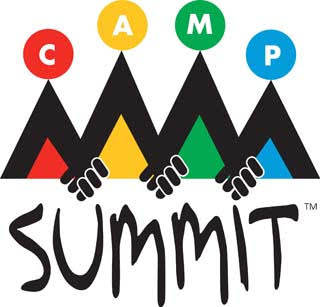 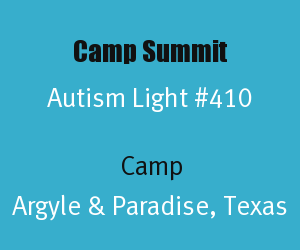 The following is a video about the programs of Camp Summit.


Mission: The mission of Camp Summit is to provide barrier-free outdoor experiences that promote personal growth and foster independence for children and adults with disabilities (Camp Summit Website).

Because of their location many of their campers come from the Dallas/Ft. Worth Area but the camp is open to anyone whose medical condition can be safely managed by the camp staff. Lisa Braziel is the Camp Director.

Serves All Ages: Many camps hold children's programs but Camp Summit is uniquely focused on sereving individuals with disabilities of all ages. "Camp Summit's campers may range in age from six to ninety-nine years old. We have experienced a unique longevity in our client base due to the fact that we have no upper age limits. Many of our campers have been coming to and re-connecting with their camp frieds every year for 20, 30 and even 50 plus years (Camp Summit Website)."

*Future Home: Camp Summit is moving from it's home of 60 years to a 460 acre site in Paradise, Texas. The transition will take place at the end of 2015 and campers should be able to experience the new Camp Summit in the Spring 2016 in Paradise.

The following is a video about the new Camp Summit. To give toward the development of Camp Summit you can participate in their Capital Campaign.

Social Media: You can follow Camp Summit on the following social media areas.
Special thanks to Camp Summit for being an Autism Light. We think it is absolutely wonderful that as a camp they have no upper age limit on access to their programs, and can be there for people with autism throughout their lifespan. While autism may just be one of the several possible disabilities that their campers face, over the years many people with autism have had their life brightened by the light that Camp Summit shines.