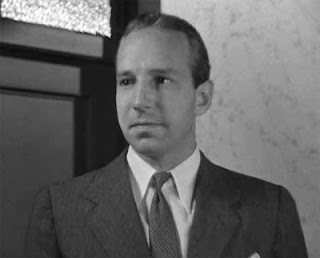 Lloyd Nolan was a 20th Century film actor and also a father of a boy named Jay who had autism. Lloyd Nolan was born on August 11, 1902 in San Francisco, California and passed away on September 27, 1985 in Los Angeles.  Lloyd Nolan is being named an Autism Light posthumously because of what he did for autism awareness efforts in the 1970's as a celebrity and Autism Father.

Lloyd Nolan's son Jay was one of the earliest individuals to be diagnosed with autism, having received his confidential diagnosis in the 1940's.  While Jay Nolan was growing up it was not common for celebrity families to discuss having a child with autism. Jay Nolan passed away in 1970 at the youthful age of 27 from choking on some food.  A few year's after his son's death, Lloyd Nolan helped further the national dialogue on autism by sharing with the public that his son Jay had been severely affected by autism and had in fact been living in an institution from age 13 till his untimely death.  Lloyd Nolan shared these words in 1974.


It's important for parents of autistic youngsters to know that this problem strikes all economic, social, and intellectual levels of our society...The amazing thing is that autistic children can hear and understand everything that is said to them, But they are unable to communicate... I haven't talked about my own personal problem and my son because my wife was terribly sensitive about it. But now we've both agreed to work hard to spare other people the hell we went through.  [Source: Schnectady Gazette, May 17, 1974]


Today Jay Nolan Community Services is the leading provider of personalized support services in California, with most of its clients concentrated in Southern California, particularly Los Angeles, Santa Clara and surrounding counties (Source).

Here is a video on how present day lives are being touched by Jay Nolan Community Services.  The organization is a legacy of Lloyd Nolan's autism efforts 35 years ago.

Film Career: Lloyd Nolan appeared in dozens of movies and television episodes over his lengthy career as an actor in the 20th Century. One of Lloyd Nolan's more memorable contributions to the historical television themes on autism was probably when he appeared in Season 3, Episode 4 (Oct. 19, 1978) of the television series Quincy M.E. in the episode called A Test for Living. The episode did not have any dead bodies or the typical Quincy autopsy in it but focused on the crusade of Quincy and Lloyd Nolan's character (a physician specializing in autism) to help a child with autism obtain the proper diagnosis from school officials in order to qualify for an autism program and thereby avoiding having to be insitutionalized.

Wikipedia: You can find out more about Lloyd Nolan on his Wikipedia page.

Lloyd Nolan is an important figure in the history of autism not only for his autism adovcacy but for his example of eventually sharing about his son's diagnosis, in an era when celebrities were often silent about similar situations. Lloyd Nolan's name will be also be added to the Autism Light Memorial Roll today.

Autism Light honors diverse heroes to the world of autism.
Posted by Alan Stokes at 10:21 AM