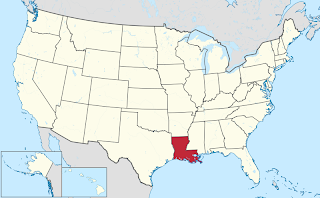 The State of Louisiana is the home state of 4 Autism Lights. They include parents, and aunt, and a country music singer who wrote an autism awareness song.

You may reach all these posts by searching the blog through the "Louisiana" Label.

The map of Louisiana is from the Wikipedia Commons.
Posted by Alan Stokes at 10:41 AM