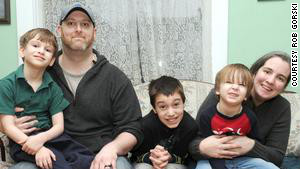 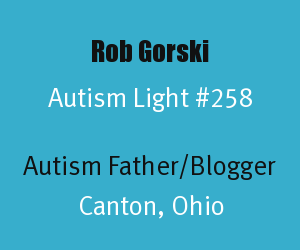 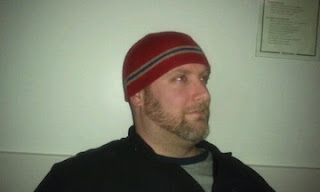 Rob Gorski is married to Lizzie and his 3 sons are Gavin, age 12; Elliott, age 6; Emmett John, age 3. In addition to having autism, each of his children have other health issues that the family works through daily.  What makes The Lost and Tired blog so relevant to those in the autism community is that Rob shares his family's daily experiences from the accomplishments to the struggles. 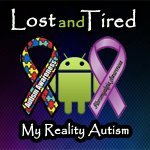 Rob Gorski writes this about his blog:


My name is Rob Gorski and I started this blog in June of 2010 as a means of sharing my family's real life journey raising 3 boys on the #Autism Spectrum. It's important for people to understand what Autism can really be like and the impact it has on the family. We aren't a TV show and there are no actors. This is our struggle, our journey...and it's all true. I am "Lost and Tired" and this is "My Reality #Autism" (Source).


Other Web Achievements: Here are some other accomplishments of Rob Gorski's writing.

Social Media: You can follow Rob Gorski and the Lost and Tired blog at the following social media pages:

Special thanks to Rob Gorski for being an Autism Light. The writing that Rob Gorski does via the Lost and Tired blog is a critical part of the autism blogging community that is raising awareness for autism through the written words. Autism Light is honored to add Lost and Tired to our blog page today, where you can find a list of all blogs and bloggers previously featured at Autism Light.

The photo in this post is used with permission of Rob Gorski.
Posted by Alan Stokes at 8:01 AM