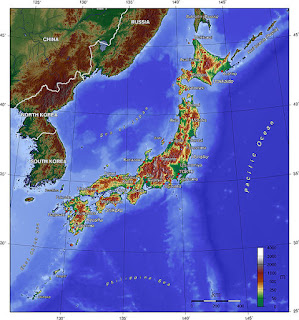 Shinji Tejima is from Fukuoka, Japan. He works at the Showa Studio Automobile Repair Shop. Shinji built a very expensive motorcycle that is a replica of a famed motorcycle that was featured in the 1988 Japanese animated science-fiction movie Akira. Rather than let it sit safe in his garage, he is riding it across the country of Japan to raise funds for a Japanese autism support group called the Bokura Company. Shinji Tejima is an Autism Light for riding this special bike across Japan for autism awareness and to raise funds for an autism charity.

Shinji Tejima's bike is the only one of its kind officially recognized by Akira creator Katsuhiro Otomo and it took seven years and cost $121,000 U.S. funds to build (Source). Here is a video of Shinji Tejima on his motorcycle trip that includes stops in Osaka, Nagoya, and on Shodo Island in Japan. Other videos can be seen on a YouTube Channel dedicated to the project.


Image: The image in this post is in the Wikipedia Creative Commons.