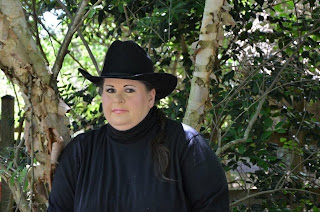 Anita Lesko is from Pensacola, Florida. Anita was diagnosed with Aspergers at age 50, and lived the first five decades of her life without knowing about how Aspergers impacted her relationships and life. Autism though has not held Anita back from working to help others. She is an anesthesiologist, author, speaker, trainer, and one of a group of leaders seeking to establish a mentor program for people with Aspergers.  Anita Lesko is an Autism Light for the important role she has filled in bringing awareness of autism through her writing and working to establish a program for mentors for people with Aspergers.

Anita Lesko is working with Dr. Tony Atwood and Craig Evans on a Aspie Mentor series. Craig Evans was Autism Light #178 and you can learn more about him at his entry on Autism Light. The first book is Been There. Done That. Try This!  In the video below Anita announces her book and also asks for the help of anyone with Aspergers to take her survey so the results can be used to determine the most relevant content for the series and give insight for the mentor program going forward.  The survey can be taken at her official website at www.bornwithaspergers.com.

Anita Lesko announces "Been There. Done That. Try This!" The first book in the Aspie Mentor series.

In addition to her key role in the new Aspie Mentor series, Anita Lesko is also the author of Asperger's Syndrome: When Life Hands You Lemons, Make Lemonade, which was published in August, 2011. In November, 2011 Anita directed the DVD Born with Asperger's.  In the book she writes:


Asperger's syndrome is poorly understood by most people. In fact, many people in the medical and mental health fields truly do not comprehend the magnitude of the challenges that people with Asperger's face much less how to help them.

Anita Lesko was interviewed by Craig Evans at Autism Hangout and here is the video of that conversation that was released in December, 2011.


I have been conducting my group with positive thinking and have really made a difference in so many of their lives. It makes me very happy, and it makes me want to do more, on a global scale, to help them live their best life possible.

Speaker: Anita Lesko enjoys speaking to others about Asperger's. She had the opportunity to speak at the Inclusion conference in March at the University of West Florida.

Profession: Anita Lesko received her Master of Science in Anesthesia from Columbia University in 1988. She passed her board certification for Nurse Anesthetists on her first attempt in December, 1988. She has worked full-time as an anesthesiologist for 24 years. In her role as an anesthesiologist she is assigned patients with ASD. Because of her experience as someone with Aspergers she is well suited to give special care for patients with ASD going through medical procedures. She dims the lights in the pre-op area, operating room, and recovery room. She also tells her coworkers in the hosptial to minimize touch, movement, and noise. Anita Lesk told Autism Light, "This is a very rewarding experience, because I immediately tell the patient and family in pre-op that I have Asperger's, and I've actually had mom's burst out crying and throw their arms around me that I'm going to be taking care of their beloved child with autism."


Special Interests: Anita is also a photographer. Inspired by the movie TOP GUN, she served as a military aviation photojournalist from 1995-2002 and had her work internationally published. During this time she got to fly in an F-15 fighter jet, a Navy training helicopter, and spend a lot of time with the U.S. Navy Blue Angels. 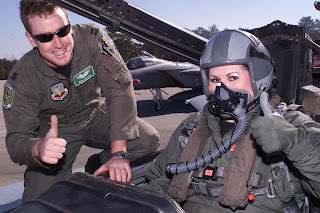 Future Plans: Anita told Autism Light, "I have now put my laser-focus on helping others with Asperger's Syndrome. Working together with Dr. Tony Attwood and Craig Evans, we are going to create the biggest Asperger Mentor system on the planet."  If you would like to contact Anita Lesko with any questions on her Aspie Mentor series, the related survey, or any other issue, she invites you to contact her at the email of anita@bornwithaspergers.com.

Special thanks to Anita Lesko for being an advocate for the needs of people with Asperger's Syndrome. The autism community benefits from having her efforts as an Autism Light.

Photo: The photo in this post is used with permission of Anita Lesko.