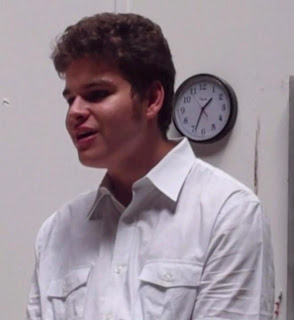 Michael Korins is a senior at Calhoun High School in Merrick, New York. Michael Korins has a wonderful talent in singing. He also has autism. Michael Korins is an Autism Light for sharing his musical talent with the world and serving as an inspiration to other individuals with autism who can also become musicians.

The following is a video from YouTube of Michael Korins singing When You Believe. This is also his audition tape for America's Got Talent 2012. Michael dedicated this song to his beloved Aunt Nora who passed away in December, 2009 from Breast Cancer. The video received many compliments and David Militello who was Autism Light #20 wrote a comment saying, "Michael, you are an amazing singer and an inspiration to so many. Keep on singing."


That was soooo beautiful. It actually brought tears to my eyes. (I can barely see as I type this message.) I have a son with Asperger's Syndrome. He is incredibly talented, musically. He plays piano and he's really good. God bless Michael. I will be praying, but listening to him, he will do well because God has already blessed him with the gift of voice. God speed!

When you hear Michael Korins sing you have the sense that you are experiencing a special gift.  Michael Korins has a natural love for singing and he was inspired to pursue public singing by his role models James Durbin and Robbie Rosen. Both of these singers have experienced national success in their music and James Durbin also has autism.  Michael Korins is an advocate that involvement in music has tremendous value at any level for people with autism. He said, "Singing helps you to express yourself and get in touch with your feelings. These are things that are hard for people with autism, so singing helps." 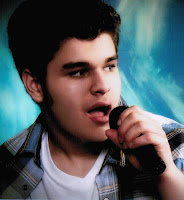 Honors: Michael Korins has received the following honors:
Autism Light asked Michael Korins if he had any advice for other students with autism and their parents and he said:


For Students: Work hard at what you are really good at and try to get even better it. That will help you to focus and to better at the things that are hard for you. So many things are so hard for me to do, but because I am so good at singing, I feel better about myself and I work harder (Michael Korins).

For Parents:  Encourage your child to work hard at whatever they are good it. Help them to feel good about themselves (Michael Korins).

Social Media: You can follow Michael Korins on the following social media areas.
When he is not singing Michael Korins enjoys basketball, softball, swimming, and playing the piano. After he finished high school this year, Michael Korins plans to pursue his goal to be a singer while he works at gaining his independence as a young adult. Special thanks to Michael Korins for inspring other musicians with autism. We expect to hear amazing things in the future about Michael Korins.


Photos: The photos in this post were used with permission of Michael Korins.
Posted by Alan Stokes at 8:15 AM