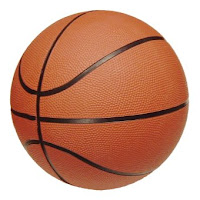 Well the 2012 NCAA Tournament field has been set and it's the day of the year today when people are busy filling out their brackets and many offices around the United States are getting their annual NCAA Final Four bracket pools together. For some avid sport fans today is like a holiday. If you are in need of some help on filling out your bracket this year you may want to get some pointers from today's Autism Light.

Alex Herrmann is a teenager from Chicago, Illinois who has autism. Alex Herrmann correctly picked the first 48 games (first two rounds) of the 2010 NCAA Final Four Tournament. Alex Hermann is an Autism Light for showing the world his amazing talents of analyzing college basketball.

The following is the news story about Alex Herrmann's accomplishment.

It should be noted that Alex filled his official bracket out online assuring the legitimacy of this accomplishment. Unfortunately in the 3rd Round (Sweet Sixteen), Alex's streak ended.  However, the odds of Alex predicting the first 48 games were 1 in 13,460,000 according to BookofOdds.com. For more information on Alex Herrmann's accomplishment in predicting the first two rounds of the 2010 NCAA Final Four tournament see the NBC Chicago article called Autistic Teen Picks First Two NCAA Rounds Perfectly.

Special thanks to Alex Herrmann for showing an amazing talent at picking his 2010 NCAA Bracket. Your story brought awareness to autism to NCAA Basketball fans everywhere during 2010. Best wishes in your future endeavors.

Photo: The photo of a basketball in this post is in the Public Domain and was obtained from Wikipedia.
Posted by Alan Stokes at 6:30 AM