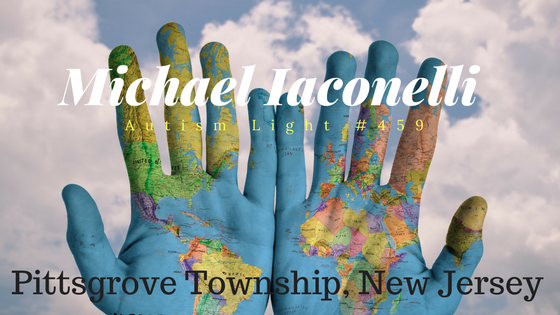 Mike Iaconelli is a professional bass fisherman (BASS Elite Series angler), television personality, and podcast show host from Pittsgrove Township, New Jersey. He was born on June 17, 1972. He and his wife Becky have four children. Mike Iaconelli, whose nickname is Ike, is an Autism Light because of his concern to raise awareness for autism. He becomes the first professional fisherman to appear on Autism Light. His name will be placed today on the Autism Light Sports Page, along with other athletes that have been recognized through the years.

In November 2009, Mike Iaconelli cut off his famous beard and he sold it on eBay with the proceeds going to the New England Center for Children, a school for autism in Southborough, Massachusetts. See Ike Auctions Off His Lucky Beard on eBay for Autism Charity for more information on this charitable news.

The following is a YouTube video where Mike Iaconelli explains about his lucky beard helping an auction charity.

Social Media: For more information on Michael Iaconelli, follow him at these social media channels.
Special thanks to Michael Iaconelli for helping the New England Center for Children and for raising awareness for autism. Hopefully this action will encourage other celebrities to help relieve some of the financial needs that autism agencies have.

Autism Light honors diverse heroes to the world of autism.
Posted by Alan Stokes at 10:04 PM