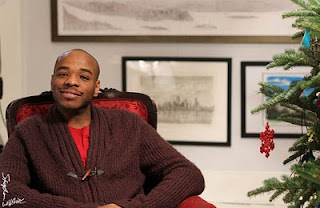 Stephen Wiltshire is a wonderful artist born in 1974 in London, England.  He has an extraordinary gift to be able to draw cityscapes from memory. Stephen Wiltshire also has autism.  A motto he has on a mug he sells in his store is:

"Do the best you can and never stop."

In 2006 Stephen Wiltshire was made a Member of the Order of the British Empire (MBE) for services to art.  ABC News made Stephen Wiltshire their Person of the Week on February 13, 2008.  When giving this honor they said, "His memorable artwork speaks volumes, even when he can not."

4 books have been published about Stephen Wiltshire's drawings.

The above four books are described in detail on the Books section of his Website, along with information on how to purchase them.

In 2009 the London News reported the following piece on the significance of Stephen Wiltshire opening his Art Gallery in London.


His most recent project was drawing a 250 foot work on the cityscape of New York City for the UBS Bank Campaign. The drawing currently hangs in the JFK Airport.


In addition, the YouTube video of the Beautiful Minds segment featuring him drawing the cityscape of Rome has received over 3 million page views.

For more information on Stephen Wiltshire visit the following Websites:

Stephen Wiltshire is an Autism Light for sharing his wonderful artistic gift with the world and being an example to others who have autism like he has.  Thank you Stephen Wiltshire for being you and doing your best.


Photo: Photo in this post used with permission of The Stephen Wiltshire Gallery.
Posted by Alan Stokes at 6:17 AM