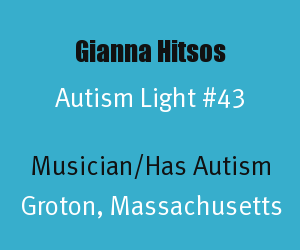 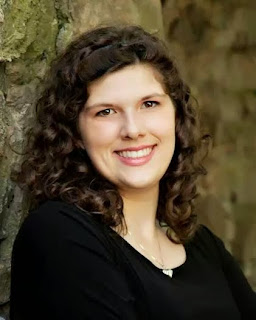 Gianna Hitsos said, "My ultimate goal is to become the first autistic actress on Broadway or sing in the Metropolitan Opera. (Lowell Sun Online, Autistic and Achieving. She's Proof, 4/18/2013 )."

College Application Process: Gianna Hitsos is in the process of waiting for responses to her college applications and she as written a two part series on this life experience for Autism Speaks that you can read at these links.

Here is a video of Gianna explaining her goal to raise autism awareness.


Autism Awareness:  Gianna has had the opportunity to speak for autism awareness while in high school.  She has spoke at Autism Speaks meetings in the Boston area and has sung at Walk Now for Autism Speaks in the New England area.

Singer: Because of a special program for autistic students, she was able to take voice lessons at the Boston Conservatory while in high school. Boston's NPR published an article on this program. She has also had the opportunity to sing the National Anthem at Boston's Fenway Park in 2013 (YouTube Video at Fenway Park).

Social Media: You can find Gianna Hitsos at the following Social Media.
Thank you to Gianna Hitsos for being an Autism Light. We expect to continue hearing great things in the future about Gianna Hitsos as she shares her amazing talent with the world. Her musical success as an individual with autism is a treasure to the autism community.

Photo: Photo in this post used with permission of Gianna Hitsos.
Posted by Alan Stokes at 6:00 AM