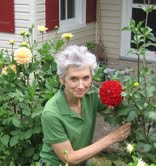 Lisa Carling is the Director of Accessibility Programs for the Theatre Development Fund in New York City. She has been instrumental in creating the Autism Theatre Initiative. Lisa Carling is an Autism Light because of the groundbreaking value that this accessibility to theatre will have for individuals with autism. This opportunity may unleash new heights in someone with autism who might otherwise not attend a theatre production.

October 2, 2011 Showing: The Autism Theatre Initiative held the first ever autism friendly performance in a matinee of "The Lion King" at the Minskoff Theatre in New York City on October 2, 2011.  All tickets were SOLD OUT by early September, which has paved the way for future performances. To facilitate making this production autism friendly some adjustments were made to select sounds in the production and there will be three quiet areas established should children with autism need them. The Autism Theatre Initiative has also created a Social Story book and Resource Guide for this event which is found at the ticket services website for the Autism Theatre Initiative.  Lisa Carling said about evaluating this production,


"We'll be looking at the dynamics of the audience, seeing if everyone is having a good time. We will want it to be a very welcoming, nonjudgmental environment." (Read Full AP Article)

2012 Showings: Because of the success of first autism friendly performance ("The Lion King" showing in October, 2011), there has been a commitment to future programs by the Theatre Development Fund and they have announced two performances in 2012. These autism friendly performances will include:
The following are some media discussions of Lisa Carling's work on this project.
For more information visit the Theatre Development Fund Website. Thank you Lisa Carling for being an Autism Light.

Photo: Photo in this post used with permission of Lisa Carling.

This original post went into syndication at Autisable.  This Autism Light post was updated on February 10, 2012.
Posted by Alan Stokes at 6:00 AM