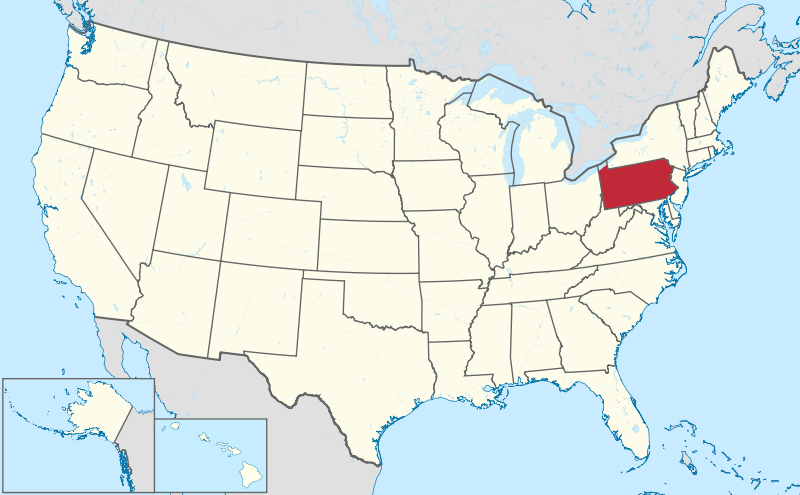 The State of Pennsylvania is the home of 14 Autism Lights written about in 13 posts. Pennsylvania Lights include 6 Autism Fathers, 3 Autism Mothers, an Autism Sister, 4 individuals with autism, and an NBA Team. Three Autism Parents from Pennsylvania are presently on the Memorial Roll.

Memorial Roll (Rest In Peace):
You may reach all these posts by searching the blog through the "Pennsylvania" Label.

The map of Pennsylvania is attributed to TUBS [CC BY-SA 3.0 (http://creativecommons.org/licenses/by-sa/3.0)], via Wikimedia Commons.
Posted by Alan Stokes at 10:46 AM