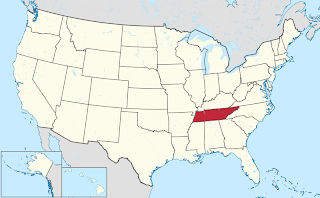 The State of Tennessee is the home state of 8 Autism Lights honored in 6 posts. Tennessee Autism Lights include two musicians, a golfer, a young man with autism, and a landmark.

You may reach all these posts by searching the blog through the "Tennessee" Label.

The map of Tennessee is from the Wikipedia Commons.
Posted by Alan Stokes at 5:42 PM