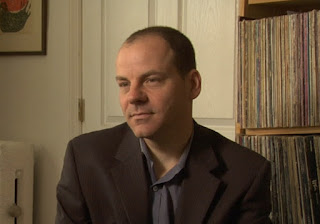 DSM-5: The proposed changes in the 5th edition of the Diagnostic and Statistical Manual of Mental Disorders (DSM-5) that would eliminate the reference of Asperger's Syndrome and instead label all individuals as having autism, if they qualify under more stringent standards, has certainly drawn the attention of many in the autism community. Today's Autism Light is one of the voices encouraging the DSM-5 committee not to narrow the criteria for the diagnosis of autism. He has written an online petition which people can sign in support. The petition is at this link.  Publication of the new DSM-5 is scheduled for Spring, 2013. Michael John Carley writes this about the situation related to changes in the DSM-5.


We do seem to be at the lead for the moment in attempting to convince the Committee to discard the proposed changes, but eventually we believe that parents organizations will have to do more than issue a one-page statement of concern. GRASP members have lots to lose by these changes, but parents and their children have more to lose (Michael John Carley).

You can follow updates on the DSM-5 on the GRASP Facebook page. Geri Dawson, the Chief Science Officer at Autism Speaks, has also issued an update on the DSM-5 situation and it can be found at this page on the Autism Speaks' Website.

Education: Michael John Carley received his B.A. from Hampshire College in 1986 and his M.F.A. from Columbia University in 1989.

Speaker: Michael John Carley has spoken on autism related issues in a variety of settings. The following is a video on Michael John Carley's presentation that he gave in April, 2011 at Columbia University on the comedy and tragedy of autism politics. It is a primer on an array of issues related to how the autism puzzle has been tackled in different ways by well meaning lights to autism. Michael John Carley gives his presentation with an eye on the present challenges and dynamics as well as a mind on autism history.


Michael John Carley told Autism Light this about how his political views relate to a respect for alternative views:


I believe in engaging in politics, as I strongly believe in confrontation itself. However, "how" we confront is usually where we get things all wrong. When we demonize our ideological opposites, or deny them the same humanity we think that we posses...when we hate or give in to anger then we have lost the debate already, no matter how sound our beliefs are. (Michael John Carley).

GRASP: GRASP was founded in 2003 by Michael John Carley and he serves as its Executive Director. GRASP stands for Global and Regional Asperger's Syndrome Partnership.  GRASP is the largest membership organization in the world for adults who themselves are diagnosed anywhere along the Autism Spectrum. According to their website, "GRASP's mission is to improve the lives of adults and teens on the autism spectrum through community outreach, peer supports, education, and advocacy." You can find out more about this member organization at their website at www.grasp.org.

ASTEP: Michael John Carley is also the Executive Director of ASTEP.  ASTEP stands for Asperger Syndrome Training & Employment Partnership. According to their website, "ASTEP's goal is to bring together employers and vocational support professionals to create a successful workplace environment for individuals with Asperger Syndrome and high functioning autism (AS/HFA). You can find out more about this organization at www.asperger-employment.org.

Other Work: As if the above roles weren't keeping him busy enough, Michael John Carley told Autism Light that he also has "a private contract with the New York City Public Schools, conducting teacher and parent trainings in addition to working with the district's spectrum kids."

Author: Michael John Carley is the author of two autism related books, the later which will be published soon.
Media Appearances: According to the GRASP website, Michael John Carley has been represented in  the media outlets such as the New York Times, Washington Post, London Times, Chronicle of Philanthropy, Chronicle of Higher Education, ABCNews, BBC News, and Psychology Today. Autism related publications have also published his works. His articles have been published in magazines such as Autism Spectrum News, Autism Spectrum Quarterly, TAP (The Autism Perspective), and Autism/Asperger Digest.

Social Media: You can follow the work of Michael John Carley and GRASP on the following social media areas:
Special thanks to Michael John Carley for his dedication to make a difference for those who have autism. We wish him and all his members on the autism spectrum continued success in all their efforts to shine a light on the needs and dreams of those with autism. For more information on Michael John Carley visit his biography on the GRASP website.

Photo: The photo in this post is used with permission of Michael John Carley.
Posted by Alan Stokes at 6:57 AM