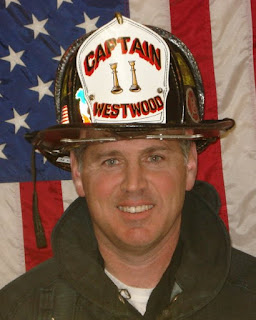 Bill Cannata is a Captain in the Westwood, Massachusetts Fire Department. His son Ted is 21 years old and has autism. When he is not putting out fires, Bill frequently wears the hat as an educator to help first responders be better prepared to rescue people with autism in an emergency. Bill Cannata is an Autism Light for his hard work to use his expertise as a fireman as well as his personal experience as an autism father to impart life-saving training to first responders.

Today Show: On March 1, 2012, Bill Cannata's story and work was featured on the Today Show. A video and transcript of that segment can be found on the MSNBC site at this link. It is also embeded here for you to watch.

Visit msnbc.com for breaking news, world news, and news about the economy

Bill Cannata currently serves as a Captain in the Westwood, Massachusetts Fire Department and has over 30 years of experience as a firefighter. He has been an instructor for the Massachusetts Fire Academy for 15 years. Through his experience as an autism father and a firefighter he has a special insight into the extreme reactions that people with autism may have in an emergency. This experience has made him a better firefighter and an educator that has touched thousands of lives of first responders. Bill Cannata told Autism Light about how his son Ted motivates him. He writes, "Ted is my teacher so I need to teach my peers how to work with him during an emergency."

ALEC Program:  ALEC stands for Autism and Law Enforcement Coalition. ALEC has an informative website at www.sncarc.org/ALEC/index.htm.  Bill Cannata was part of a group who helped start ALEC in 2003 and in 2006 he became the Statewide Coordinator. Dennis Debbaudt of Autism Risk Management helped with some inital training for the program.  The following information is how the ALEC website describes their program and purpose.


The ALEC program began in 2003 as a collaborative effort of the South Norfolk County Arc Family Autism Center and the Norfolk County District Attorney's Office. ALEC training helps foster a deeper understanding of Autism Spectrum Disorders among public safety and law enforcement personnel. Training is available for Police Officers, Firefighters, EMTs, Paramedics and Hospital Emergency Room Personnel, using curriculum and videos specific to each group. Presenters are First Responders with direct knowledge of Autism Spectrum Disorders through a family member. Because of this personal knowledge, in addition to their specific professional background, they are able to answer questions on a wide range of possible situations. The goal of ALEC training is to provide additional tools for First Responders to use in assessing the risk of a situation (Source).

ALEC receives funding from the Commonwealth of Massachusetts for their important work. Since it's inception over 15,000 First Responders have completed the training program.

Contact: To find out more about ALEC and resources available to first responders contact Bill Cannata by email at BCANNATA@SNCARC.ORG or by phone 781-762-4001, ext. 420.

Conference Presenter: Bill Cannata is scheduled to present at the NFPA Conference and Expo on June 13, 2012 on the subject, "Autism Awareness for Fire and Life Safety Education" (Source). This national conference will beheld in LasVegas, Nevada. He is recommended as a speaker and trainer by Autism Risk and Safety Management.

Other Articles: Here are some other online articles on Bill Cannata's amazing work.
Social Media: You can follow the work of Bill Cannata at the following social media areas.
Special thanks to Bill Cannata for teaching first responders how to relate to those with autism in an emergency. The world is a safer place for people with autism because of this dedicated work that Bill Cannata performs.


Note: If you enjoyed this post you may wish to read about another Autism Light who was a firefighter. The late Jack Fanning was an autism father who died at the World Trade Center on 9/11. His story is at this link.

Photo: The photo in this post is used with permission of Bill Cannata.