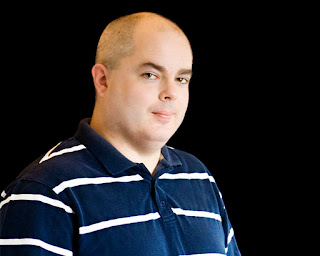 Stuart Duncan lives near Toronto, Ontario in Canada and works from home as a web developer. He has two sons, and his oldest son named Cameron has autism. Stuart is the owner/writer of a popular autism blog called Autism from a Father's Point of View. Because of the popularity of his blog, Stuart Duncan is also known to many as simply the Autism Father. On April 23, 2012, Stuart Duncan announced Autism from a Father's Point of View blog that he has Aspergers. Stuart Duncan is an Autism Light because he is performing a valuable service of sharing a father's perspective in dealing with autism.

Autism from a Father's Point of View: Stuart Duncan's blog is a very helpful resource to the autism community. You can visit his blog at http://www.stuartduncan.name. A measurement of the popularity of the website is reflected in the statistics that Stuart Duncan received over 60,000 unique pageviews to his website in the first 8 months of 2011. Autism from a Father's Point of View are posts on a variety of subjects that provide helpful information to the autism community. Stuart Duncan's blog is ranked in the Top 25 Autism Blogs for 2011 by Babble.com. I've chosen his post on the new social media platform Google+ to represent one from many options of how Stuart Duncan's posts inform, challenge, and contribute valuable insights to the autism community. You can view this post at this link - Autism and Google+: The Potential for a New Autism Community.

Stuart Duncan's website has a comprehensive index of his present and past blogs on autism from a father's perspective and it also has information about he and his son. The site also has resources grouped into the following topics:
YouTube Channel:  Stuart Duncan has a YouTube channel that contains some of his favorite videos, including some of his children.  He created two original autism awareness videos that can be found on Stuart Duncan's YouTube channel.  One is called My Little Brother Has Autism. The other is called Autism Understanding and Acceptance and is included here.


Guest Blogger: Stuart Duncan has served as a guest blogger on several occasions.  Here is a list of some blog posts of his that appeared on popular autism sites.
Other Contributions:

Social Media:  Stuart Duncan is very active in spreading autism awareness through social media. His Twitter and Facebook accounts are on the path to 5,000 followers each. You can interact with Stuart Duncan on the following social media areas.
Thank you Stuart Duncan for bringing a father's perspective to the autism parent community.  You are an inspiration and a voice for many other fathers who struggle with the world of autism in their children.  Your son can be very proud of your contributions to the autism community.

Photo: The Photo in this post is used with the permission of Stuart Duncan.