The signature line on Camille Proctor's email says, "Autism Doesn't Discriminate!" Behind the tagline exists a warrior mother who is keeping a promise to remind others that help for autism doesn't have to discriminate either.

Camille Proctor lives in Detroit, Michigan. She is a self-employed business consultant and works full-time as the Director of The Color of Autism Foundation. Camille's son Ari Joseph has autism. Camille Proctor is an Autism Light because of the understanding and awareness she is bringing to autism within the African American community. 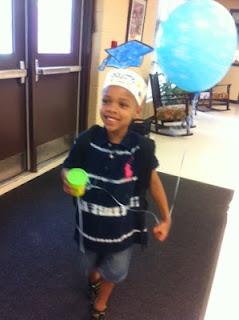 Camille Proctor's contribution to autism includes being the director of The Color of Autism Foundation, which she founded in 2009. In her role as the director she receives many opportunities to help people by listening to their story and shining a light on positive options that may fit various situations. The website for the foundation is at www.thecolorofautism.org. If you would like to assist the foundation with its work you can donate at www.thecolorofautism.org/#!donate.  On The Color of Autism website Camille Proctor shares this about the beginning of her journey with autism:


I was forced to leave my career and care for my son living off my savings and retirement (which I would do all over again, if I had to). As I made my journey, I didn't find very many organizations that spoke specifically to me an African American parent raising an African American Male with ASD. I noticed their were huge disparities in at risk communities. Even worse many misdiagnosed and undiagnosed children in at risk communities end up in the criminal justice system each year.  I made a promise that once I got a handle on our situation, I would help others (Source).

Advice to Parents:  Camille Proctor told Autism Light that she feels parents of special needs children need "to build a strong foundation. They also need to be able to express themselves, because sometimes things become overwhelming." She encourages parents to seek out professional counseling if they develop anxiety.


It is important for the African American community to understand how critical early intervention is. Autism is not isolated to whites and it's not behavioral. Autism is not a death sentence, it's a manageable disorder for many. With early intervention, your child could live a very amazing life! African Americans have to get over the stigma and fears of all things neurological and physiological. African Americans need to get a better understanding of what the autism scale is so they can better advocate for their child.

Movie: Camille Proctor is currently working on a film called "Screaming in Silence: Autism" with filmmaker Sonya Dunn (Source). The autism community looks forward to the release of this film in the future. Here is a trailer to the film.

Further Reading: A very helpful news article was written on Camille Proctor by the Defenders Online in September, 2011.  Camille proctor was also mentioned this article by Jennifer Orgunsola about Autism in the Black Community.

If there is one thing we can all agree on with certainty about autism it is that it effects families of diverse demographics without discrimination. In order to fight an enemy as ambitious as autism it calls for advocates whose lives and backgrounds are as diverse as the families that are impacted by autism.  Camille Proctor has the passion and capacity to shine a light for autism awareness within her African American community, and the rays of her bright light is a blessing to the entire autism community.

Whoopi Goldberg said, "We're here for a reason. I believe a bit of the reason is to throw little torches out to lead people through the dark (Source)."  Camille Proctor is doing just that with her passion to help those impacted by autism in the African American community. Special thanks to Camille Proctor for being a light for autism. If you liked this post you may wish to read the other posts on the Autism Light blog with the Label "African American".


Photo: The photos in this post are used with the permission of Camille Proctor.
Posted by Alan Stokes at 7:08 AM