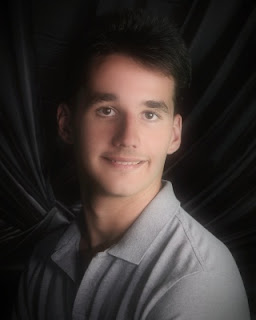 Eric Duquette is from Smithfield, Rhode Island. Eric has autism and in 2010 he was the Salutatorian for Smithfield High School. His high school graduation speech was inspiring and was a demonstration of an amazing accomplishment. That was almost two years ago and in 2012 he inspires the autism community by his continued success in college. Eric Duquette is an Autism Light because he shines as an example of perseverance and dedication necessary to succeed in life with autism.

In his 2010 graduation speech Eric Duquette said, "My parents were told I would most likely end up in an institution. I stand before you accepted into every institution of higher learning I applied to (Source)."


WPRI 12 News: WPRI 12 Eyewitness News did the following feature in 2010 at the time of Eric Duquette's graduation as Salutatorian of Smithfield High School.

Advice for Students: Autism Light asked Eric what advice he might have for students with autism to be successful in school. He said that two keys are:
Judy Duquette (Eric's mother) said the only accommodation that Eric receives is extra time on his exam if he needs it. She wrote Autism Light that:


You need to know that Eric spends almost all of his time (up to 10 hours a day) studying (outside of class time). He is ridiculous. He has a great work ethic but, as a parent, I wish he would stop and smell the roses once in a while. He holds himself to very high standards that most of us will never meet.

Pharmacy Program: On March 17, 2012, Eric was accepted into the Pharmacy Program at the University of Rhode Island. This is the next step in his goal and dream to be a Pharmacist.

Special thanks to Eric Duquette for being an example of the amazing accomplishments people with autism can have. Your life accomplishments and advocacy for disability awareness are inspiring.


Photo: The photos in this post are used with the permission of Judy Duquette.
Posted by Alan Stokes at 6:56 AM