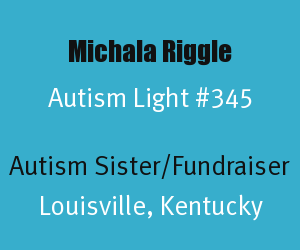 Michala Riggle is a 17 year old from Louisville, Kentucky. Her younger brother Evan has autism. After seeing Evan benefit from receiving IV infusions of an amino acid called Glutathione at Kosair Children's Hospital in Louisville, she started Beading to Beat Autism in order to raise funds for a study including 50 other children with autism. Michala Riggle is an Autism Light because of her amazing ability to raise money for autism research in honor of her brother Evan.

National Media: The following are video clips from when Michala appeared on The Ellen DeGeneres show and Good Morning America in 2011 to share about her autism fundraising. 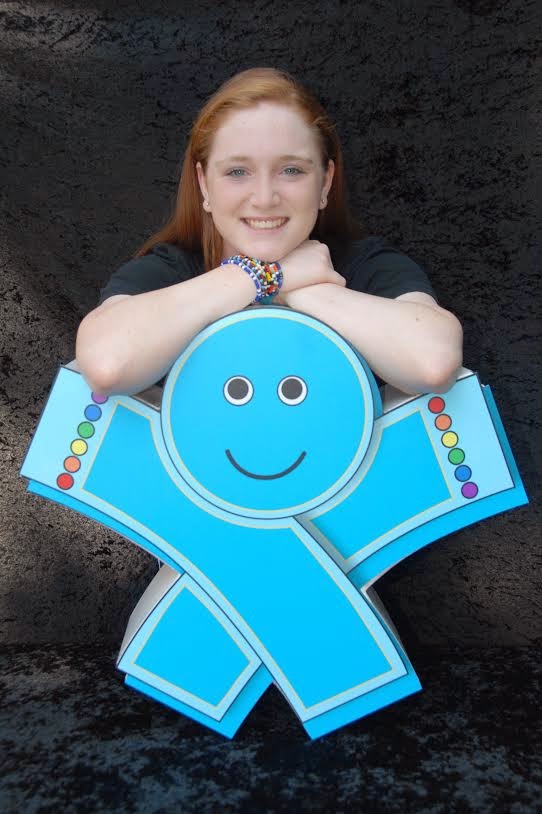 Fundraising Initiatives:  Michala Riggle created Beading to Beat Autism in order to raise funds for autism research at Kosair Children's Hospital in Lousiville, Kentucky. Michala started fundraising in 2007 at age 10 and in 5 years she raised over half a million dollars for autism research, more than doubling her goal of $200,000 (WDRB.com, August 13, 2012).

The following is the fundraising video that Michala Riggle has on her website in her current project called CAMPAIGN 7 that has a goal to raise $300 million in funds to build an autism research and treatment center in her hometown of Louisville, Kentucky.

Motto: Michala's response when people doubt that she can raise the amount of money she has for her goal is, "If you go into a game thinking you're gonna lose, it's game over-you've lost-YOU GOTTA BELIEVE!!! (Michala Riggle as quoted on Beading to Beat Autism Website)."

Awards/Honors: Michala has received the following awards and honors according to the Facebook Page of Beading to Beat Autism.  These are just a few that have been received.
Social Media: You can follow Michala Riggle's efforts on the following social media areas.
Make a Donation: Visit Michala's website at www.beadingtobeatautism.org for information on how to donate to her foundation.

Special thanks to Michala Riggle for the tremendous amount of fundraising she has done through Beading to Beat Autism. She is commended for having the courage and the tenacity to undertake a big goal to create a center for autism research in Louisville. We are believing with Michala that she will reach her goal. Autism Light looks forward to hearing exciting news of Michala's accomplishments in the years ahead.

Photos: The photos in this post are used with permission of Emlyn Riggle.
Posted by Alan Stokes at 7:00 AM