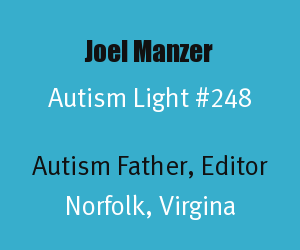 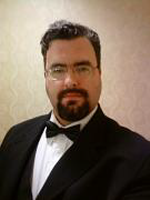 The first Autism Light post of 2013 is about an individual whose light has shined brightly for the autism blogging community for several years and his efforts and passion are poised to continue to light the way in the new year. Joel Manzer is an autism father from Norfolk, Virginia. His son whom he calls "Short Stack" has autism. Joel Manzer serves as the Lead Editor for Autisable, a blogging community with Xanga.com that was created in May, 2009, and is dedicated to sharing real blogs from people tackling the puzzle of autism. Joel Manzer who describes himself as "just one person among the thousands sharing their stories online" is an Autism Light for his dedication as an autism father and for his vision in leading Autisable today to be a helpful resource on the voices of the diverse autism community.

The following is a presentation where Joel Manzer explains Autisable and his passion for the work.

Joel Manzer writes this about the mission and origins of Autisable.


When my son was diagnosed with autism, we searched online for an open source blogging community that we would show daily life with autism.  By open source, I mean one where someone didn't have to sign up to join to read information.   I've been blogging on Xanga.com for many years, and one day I was in a discussion with the people at Xanga.com and through that was birthed Autisable.com. Our mission is rather basic, to promote discussion of autism. We don't take a stance on a specific viewpoint or concept about it, but want to provide an environment where people can share their ideas and journey. Like our tag line says, "Real blogs from people tackling the puzzle of autism" (Source).

On August 6, 2009, About.com "Parenting Children with Special Needs" chose Autisable as their site of the day (Source).  In the past several years Autisable has continued to grow in it's reach. Joel Manzer told Autism Light that they reach over 30,000 people on average per month at Autisable and have over 70,000 pageviews per month. They are a profit site that is part of the Xanga Network of Blogging community sites - owned by Xanga.com, Inc. The partnership with Xanga means that the technical side of the site is taken care of by Xanga, while Joel and two other editors manage content and social media outreach.  Joel Manzer told Autism Light that the goal of Autisable is "to unite the Autism Community and give back to the community."

Joel Manzer's goal for Autisable is "That Autisable will become the premier hub of all families and individuals and organizations that deal with Autism." Autisable is poised to do just that as a blogging community site where anyone can join, share, friend and subscribe to each other."  A list of autism organizations that share blog posts on Autisable includes Autism Speaks, Autism Today, and the Autism Society of America.

Joel Manzer is a contributor on Autisable just like any other member, but he recently explained Autisable in a post called, "Its a Community..Its NOT my Blog." If you would like to blog on Autisable you can sign up for free at www.autisable.com and create your blog site TODAY!  If you are an aspiring blogger let 2013 be the year you accomplish your dreams of sharing your story with the autism community. Your story may make a difference for others trying to make sense of the autism puzzle. 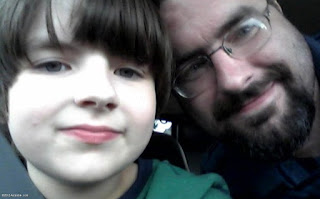 Advice for Parents:  Joel Manzer gave this advice to parents of those with autism, "I'd like for them to know that they are not alone.  That wherever they are, there is help.   But beyond that I'd encourage them most that although their child may have a diagnosis of Autism, it should never define who their child is."

Advice to Autism Bloggers: Joel Manzer gave this advice to autism bloggers, "Speak the truth, write from the heart. Be respectful and understanding. We're all in this together trying to understand one of the most complicated topics out there in the world: Autism. It's their stories of struggles and victories that can help thousands of others. Keep sharing."

Social Media:  You can follow the work of Autisable at the following social media sites.
Special thanks to Joel Manzer for being an Autism Light. His efforts to add to the voices of autism bloggers through the organization of Autisable is making a difference to thousands of families. We look forward to updating this post as his vision for Autisable grows and develops in the months and years to come.

Special Note: While the Autism Light blog is non-commercial, we have had a long standing arrangement where Autisable can repost any of our blog posts that the editor's wish to spotlight. This gives some of our selected tributes to autism heroes a larger audience. Over 100 Autism Lights posts have went into syndication on Autisable since September, 2011.  The mission of Autism Light is similar to Autisable in that we don't take a stance on a specific viewpoint or concept about autism, but tell life stories of those making a difference for autism and let the passions of Autism Lights provide content for the diverse resources and viewpoints that are shared on the Autism Light blog.

Photo: The photos in this post are used with permission of Joel Manzer.
Posted by Alan Stokes at 10:12 AM