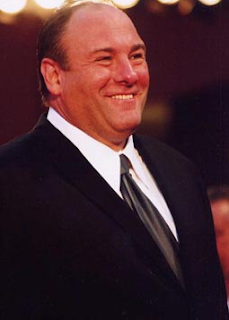 James Gandolfini, Jr. was a popular actor who was best known for his starring role as the mobster Tony Soprano in The Sopranos. Gandolfi was born in Westwood, New Jersey on September 18, 1961. James Gandolfini had homes in Los Angeles, California and Manhattan, New York, and his hometown was Park Ridge, New Jersey. James Gandolfini died on June 19, 2013 from a heart attack while in Rome, Italy. James Gandolfini is an Autism Light because his friendship and generosity to autism fathers extended to leaving $50,000 in his will to his college friend Doug Katz who has an autistic son named Andrew (Source). James Gandolfini will be added today to the Autism Light Memorial Roll.

Acting Career/Awards: James Gandolfini is best known for playing Tony Soprano in the HBO TV series The Sopranos which debuted in 1999 and ran through 2007. Gandolfini's exceptional career as an actor included winning three Emmy Awards, three Screen Actors Guild Awards and two Golden Globes for Best Actor-Drama Series (Source). You can read more about James Gandolfini's complete career at his page at Biography.com or at IMDb.

Here is a news story on Hollywood's reactions to James Gandolfini's Death.

Friend of Autism Father Doug Katz: Doug Katz, a college roommate of James Gandolfini, has a 12 year old son named Andrew who has autism. Over the years James Gandolfini helped Doug Katz with some special expenses related to his autistic son, and at Gandolfini's untimely death his will included a gift of $50,000 for Doug Katz (Source).

Julie Marsh and Lorena Mongeli of the New York Post talked to Doug Katz about how much James Gandolfini had helped out through the years with their family's autism expenses. Doug Katz said this about James Gandolfini:


He got him nutritional supplements, anything Andrew needed to help him lead a better life. Jim sponsored gymnastics for my son. He always said, 'How can we help? How can we make it better?' And none of it was lip service. I'd rather have Jim alive than his money. You could never meet a nicer guy in the world. He was the glue that kept us together (Source).

Here is a video of John Travolta describing how much James Gandolfini's friendship meant to him.


Wikipedia: You can read more information about James Gandolfini on his Wikipedia page.

Special thanks to James Gandolfini for being an Autism Light and having a deep friendship with autism fathers Doug Katz and John Travolta. We mourn the loss of this generous friend who understood how financially and emotionally challenging autism can be. James Gandolfini made a real difference in two autism families, whether it was being present with John Travolta after the loss of his son or providing financial assistance to Doug Katz with his autism family expenses.

The photo of James Gandolfini is attributed to Isabelle Vautier and is in the Creative Commons of Wikipedia.