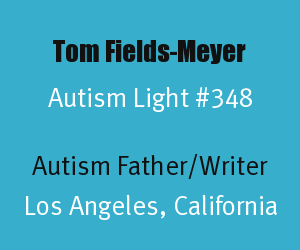 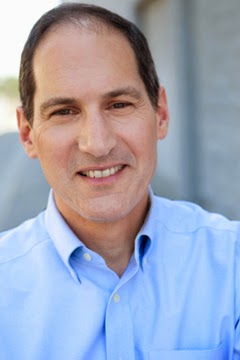 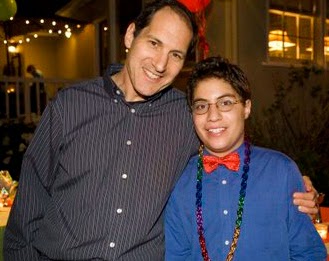 Writer: Tom Fields-Meyer has been a writer for three decades. He also is currently an instructor in writing at the UCLA Extension Writer's Program, the largest continuing-education writing program in the United States. He has clients such as The Washington Post, The Wall Street Journal, and The Los Angeles Times and he was a senior writer at People Magazine from 1995-2007. "He penned articles on some of the biggest crime stories of the day (from the O.J. Simpson trial to the murder of Matthew Shepherd), profiled prominent politicians and world leaders (Nancy Pelosi, Pope John Paul II, Sen. Ted Kennedy), and demonstrated a pitch-perfect touch writing tales of ordinary people overcoming life's challenges in inspiring and compelling ways (Read more about Tom Fields-Meyer on the Following Ezra Website)." With all those important pieces to his credit aside, Tom Fields-Meyer's most important contribution to the autism community was his memoir about life as an autism father. 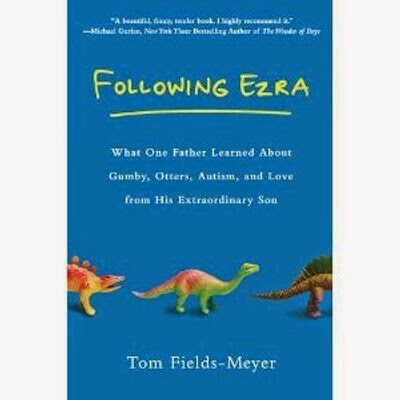 Tom Fields-Meyer is the author of Following Ezra: What One Father Learned About Gumby, Otters, Autism, and Love from His Extraordinary Son. The book is Tom Fields-Meyer's memoir and was published by NAL/Penguin books in September, 2011. "Following Ezra is the riveting story of a father and son on a ten-year adventure, from Ezra's diagnosis to the dawn of his adolescence. An engaging account of a father gradually uncovering layers of a puzzle, it rejoices in each new discovery and exults in the boy's evolution from a remote toddler to an extraordinary young man, connected to the world in his own astounding ways (Following Ezra Website)." You may order the book through links at the Following Ezra Website.

The following is a YouTube video where Tom Fields-Meyer talks about the book Following Ezra. If you can not view it on your mobile phone watch it directly on YouTube at this link.


Awards for Following Ezra: The following awards were bestowed on the book Following Ezra.
Following in his father's footsteps, Ezra Fields-Meyer, is the coauthor of a children's book called  E-MERGENCY!, which the Boston Globe named one of the Ten Best Children's Books of 2011. We look forward to hearing more about Ezra's accomplishments in the years to come and his development is a tribute to his amazing father.

Jewish Faith: Describing the importance of the Jewish faith to his family in a blog post for the Jewish Book Council on November 7, 2011, Tom Fields-Meyer wrote:


As it happens, God comes up in conversation quite a bit in our household. My wife is a rabbi who teaches Jewish texts at a Jewish community high school. We attend synagogue every Shabbat, and our family life revolves around the Jewish calendar.

Ezra, who indeed craves the predictable, has always been attracted to the more concrete aspects of Judaism: the calendar, the holiday cycles, the weekly rituals. At an early age, he memorized the ten plagues, and began acting them out--dramatically, and in order--at our sedar. He has always been attracted to the Bible stories pitting good against evil: Moses vs. Pharaoh, David vs. Goliath, Mordecai vs. Haman (Autism and God, Tom Fields-Meyer, November 7, 2011).


Autism Blessing: Tom Fields-Meyer relates autism to a blessing from the Artscroll prayer book that is used "upon seeing a person who is different....It praises God, mishaneh habriyot--who 'creates variety among living beings' (The Jewish Message, Tom Fields-Meyer, November 11, 2011).

Tom Fields-Meyer finds that his Jewish faith teaches him to respect those with disabilities. He wrote,


In the book of Genesis, it says God created human beings in God's image. That means we should treat every person with dignity, respect and honor--no matter their disability, no matter what they look like, no matter how many times they remind us when the next Pixar movie is premiering (a habit of Ezra's that can be either endearing or annoying, depending on your perspective). That also means that encountering people who are different from us--from different backgrounds, different circumstances, or facing different challenges--gives us a insight into the many aspects of the divine (The Jewish Message, Tom Fields-Meyer, November 11, 2011).

New Book Being Published in 2015: Tom Fields-Meyer is the coauthor with Barry Prizant of the forthcoming book Uniquely Human: A Different Way of Seeing Autism, to be published by Simon & Schuster in mid-2015. It is based on stories from Dr. Prizant's more than four decades working with individuals with autism and their families

Social Media: You can follow Tom Fields-Meyer on the following social media areas.

Special thanks to Tom Fields-Meyer for sharing his memoir with the autism community. He has provided inspiration to many through his writing and is especially representative of the countless other autism fathers who are seeking to be the best father they can to their sons who have autism. We are especially grateful for the insight he offers on how his Jewish faith helps him as an autism parent. Other subjects featured in the past at Autism Light related to the Jewish faith can be searched using the "Jewish Label".

Photos: The photos in this post were used with permisssion of Tom Fields-Meyer.
Posted by Alan Stokes at 7:44 AM