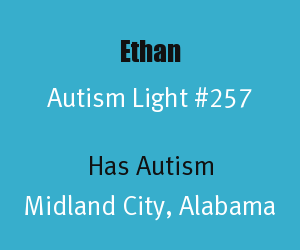 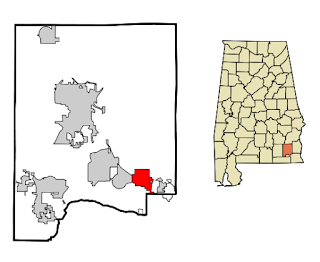 Ethan is a 6 year old boy from Midland City, Alabama who has the form of autism called Asperger's syndrome. Midland City, Alabama is a small town of about 2,000 people, located in Dale County. Ethan was kidnapped off his school bus on January 29, 2013, and was held in an underground bunker until his safe rescue on February 4, 2013. Ethan is an Autism Light for his bravery during this ordeal and for how his plight helped raise awareness of autism in the media.

Autism Diagnosis: During the hostage standoff police said, Ethan "suffers from Asperger's syndrome and ADHD, and, so far, they have been delivering his medication through the 4-inch wide air pipe. (Source)."

Ethan's Friends: Ethan's friends said that he is a "great kid. He is a lot of fun (Source)."

Social Media: During the hostage standoff concerned people took to social media to express their hope for a resolution, including these sites.

There have been many inspirational and kind tweets on Twitter for Ethan. Here are two from teenagers who live in Dale County, Alabama near the scene of the tragedy.

Get #RescueEthan trending! Everybody help. Tweet this to popular accounts, or anybody. FOR ETHAN!! 🙏😁
— Micayla Farris (@micayla_farris) January 30, 2013


I'm aware that getting #RescueEthan trending won't rescue him. But I want everyone aware! Prayer is necessary in all things. Especially now
— Courtney Breanne New (@courtneybnew) January 30, 2013


Special thanks to Ethan for his courage during this ordeal. Autism Light will update this post as more information becomes available.  We join Ethan's community and family in rejoicing in a happy resolution to this tragedy and that now Ethan is reunited with his family.

The map of Dale County, Alabama is in the Wikipedia Commons and attributed to Arkyan.
Posted by Alan Stokes at 9:43 PM