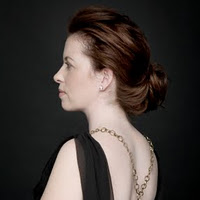 Linda Welby resides in Galway-Ireland.  Linda Welby is also a songwriter and musician. Linda Welby is an Autism Light because of the special autism song she wrote called, "Through You I'll Find My Way".


Below is the YouTube version of Linda Welby's song "Through You I'll Find My Way" which tells the story of a child with autism. You may order this song at her Website or through CDBaby.  The entire lyrics to the song are also found at Reverbnation.


To radio listeners across the country as well as her legions of new fans, Linda Welby is fast becoming a superstar while at home in Roscahil she has never changed from being the down-to-earth affable and hardworking wife and mother. She has achieved the longest run by any artist of twenty two continuous weeks, as well as remaining at number one for eighteen weeks, in a major radio station record charts where listener requests dictate the content of the charts (Source).

Linda Welby wrote "Through You I'll Find My Way" on March 10, 2010 in order to aid Autism Ireland (Irish Autism Action).  From an email I received from Linda Welby, I learned that the song came about because the west of Ireland Autism Association asked her in 2010 to write a song for their annual climb of St. Patrick's holy mountain in Ireland called the Reek Mountain.  The Autism Association had asked Linda to write about the mountain but she decided to write about the subject of autism from her heart. Linda Welby wrote this to me about how she researched autism in order to write her original song.


As I knew people with autistic children I researched those children and what their parents thought differently about them. I researched poetry written by autistic people and learnt the scientific side of it too. I then decided that my song was to be based through the eyes of an autistic person and how they feel about the world, the way the world perceives them, how they try so hard to express themselves and people around them see this as aggressive. They like routine to make them feel safe.

When she launched this song in 2010, Linda Welby actually climbed the Reek Mountain 7 times in 6 days and did a performance of her song on St. Patricks Day in Belfast, Ireland.

Social Media:  You can follow Linda Welby on the following social media areas.
For more information on Linda Welby visit her website at www.lindawelby.com.

Special thanks to Linda Welby for sharing with the world the song "Through You I'll Find My Way" and supporting Autism Ireland.

Photo: The Photo in this post is used with the permission of Linda Welby.