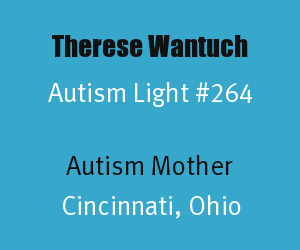 Therese Wantuch is an autism mother from Cincinnati, Ohio, who assists companies with their health insurance benefits. Therese Wantuch also develops apps for mobile devices and her work is showcased on her website www.trainingwithgaming.com.  She developed her signature app Training with Faces to help her 21 year old son Jack, who has high functioning autism/Asperger's, with emotion recognition. Therese Wantuch is an Autism Light for her dedication as an autism mother and for developing mobile apps that can make a difference for those struggling with the practical impact of autism in every day life. She is also giving to autism charities through her apps. 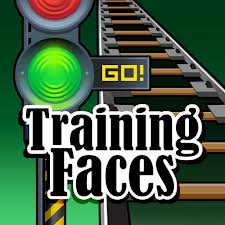 I came up with an idea for an app around nine emotions and nine train routes around the world, because I know how Jack struggles with emotion recognition and how much he LOVES trains.  The app is geared to help in three distinct ways; improve recognition of the emotion, the meaning behind the emotion and then the speed at which the individual can interpret the emotion. The train routes around the world keep the player interested to see where they may go next. The logic of the game is to keep them interested while they are playing.  A simple point and recognize an emotion will not hold their attention long.

Here is a demo of the App Training Faces.

On Autism Apps:  Therese Wantuch told Autism Light this about the role of the right app for an individual with autism.


I see that apps can be a game changer, but you have to have the right app.  I think apps should be used in conjunction with one-on-one working with the child.  We used lots and lots of flash cards when our son was young.  I think some apps have replaced the flash cards and we still need more apps for higher functioning kids.  Point and click is too basic for many of our ASD kids. Having said that, there are already 1650 "autism apps" on the App Store.  Some are so basic, that they should be listed under "general education" and not autism. The miracle apps are the ones that help our non-verbal population get out their desires and requests.

Therese Wantuch is very proud of her son Jack, whom she described to Autism Light as, "a 21 year old former college student who plays cello in the university orchestra, drives a car, performed at Carnegie Hall with his high school orchestra and with his sister arranged the music for the app “Training Faces."


When you are at an IEP meeting and things are not going well remind yourself, these "professionals" will be out of your life in a year, your child will hopefully be with you the rest of your life!  It's okay to tick them off if it means more services and better outcomes for your child!

Passion for Autism Families: Therese Wantuch has a passion for autism families. She told USA Today, "As the diagnosis of autism continues to go up, we need these folks to be independent. It's what gives them a fuller life, and lets them get decent housing on their own and get a job so they're not sitting in Mommy and Daddy's family room their entire life. That's not fair them or their family (Source)."

Future Plans: Therese Wantuch told Autism Light that her, "long term goal is to create apps that give a percentage of each download to autism charities." To accomplish this she plans to create apps aimed at the general population. She has three apps in production, including a Health Care Claim Help and a "Party Trivia" app.

More Information: You can read more information about Therese Wantuch and Training Faces at the following online articles.

The photos in this post were used with permission of Therese Wantuch.
Posted by Alan Stokes at 9:52 PM