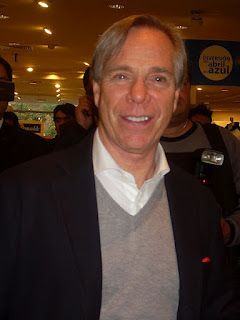 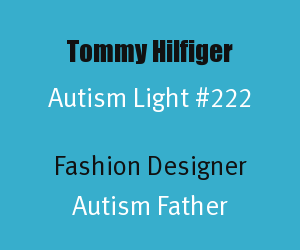 Started in 1985, the Tommy Hilfiger Group is now a 4.6 billion dollar aparrel and retail company. Tommy Hilfiger's contribution to the Group is described this way on their website.


Under Hilfiger’s guidance, vision and leadership as Principal Designer, the Tommy Hilfiger Group has become one of very few globally recognized designer brands offering a wide range of American-inspired apparel and accessories (Source).

More information on the Tommy Hilfiger Group and causes they support can be found on their website (Source).

Tommy Hilfiger said this about why he is so involved in the cause of autism,


It's just heart-wrenching and I wish more people cared about it. The government is not involved in it. People aren't donating enough money. There's not enough research. There's no cure. It needs help, so we've become involved (Daily Mail, June 5, 2012).

Also Tommy Hilfiger said this about his partnership with Autism Speaks:


I am proud and honored to partner with Autism Speaks, an organization dedicated to the research and family support needed to treat and prevent autism. My family has been affected by autism, so I understand the challenges many families face today. I hope that in working with Autism Speaks, I am able to let other families know that they are not alone and that there is hope (Source).


On December 5, 2011, Tommy Hilfiger was honored by Autism Speaks at A Funny Affair for Autism at the Plaza Hotel in New York.

Social Media: You can follow the Tommy Hilfiger Group at the following social media areas.
Wikipedia:You can also learn more about Tommy Hilfiger at his Wikipedia Page.

Special thanks to Tommy Hilfiger for being a light for autism. The autism community is fortunate to have a renowned fashion designer like Tommy Hilfiger a part of the chorus of individuals raising awareness for autism.

Autism Light honors diverse heroes to the world of autism.
Photo: The photo in this post is from the Creative Commons at Wikipedia and is attributed to user Saloca.
Posted by Alan Stokes at 7:23 AM