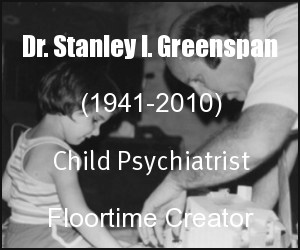 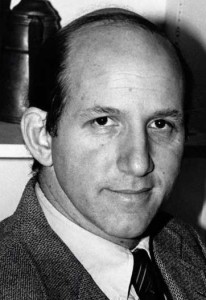 Two years ago today the autism community lost a hero who made a tremendous contribution in the treatment of autism. Dr. Stanley I. Greenspan was the influential child psychiatrist responsible for the development of the autism treatment known as Floortime. Dr. Stanley Greenspan is being named an Autism Light posthumously for his work with opening up a new world to countless numbers of children with autism and for bringing Floortime to the repertoire of autism treatments. His name is also being added to the Autism Light Memorial Roll.

Dr. Stanley I. Greenspan was born on June 1, 1941 and passed away on April 27, 2010 from complications of a stroke. At the time of his death at age 68, he was a clinical professor of psychiatry and pediatrics at George Washington University medical school, a practicing child psychiatrist, prolific author, and popular conference speaker. He had spent over 40 years of his life working with and for the compassionate treatment of children with autism. The New York Times at his death said that he, "invented an influential approach to teaching children with autism and other developmental problems by folding his lanky six-foot frame onto the floor and following their lead in vigorous play (Source)."

Dr. Stanley I. Greenspan was a graduate of Harvard College and Yale Medical School. Dr. Greenspan also had an important role in child development as the founding President of the Zero to Three Foundation.  Even with his vast higher education accomplishments, Dr. Stanley Greenspan had an ability to explain concepts in a simple way for others to understand and implement in their own part of the autism treatment world. The Interdisciplinary Council on Development and Learning Disabilities (ICDL) features the following quote from Dr. Greenspan on the first page of their website.

All children have within them the potential to be great kids.
It's our job to create a great world where this potential can flourish.
Dr. Stanley Greenspan, 2007

Floortime: Dr. Stanley Greenspan's greatest legacy is creating the autism treatment technique known as Floortime. The technique is also used to help people with other special needs beside autism. The Interdisciplinary Council on Development and Learning Disabilities (ICDL) describes Floortime this way: "Floortime is both a specific technique, in which for twenty or more minutes at a time a caregiver gets down on the floor to interact with the child, and a general philosophy that characterizes all daily interactions with the child (Source)."  The following is a video of Dr. Stanley Greenspan explaining D.I.R./Floortime for the movie Autistic-Like: Graham's Story.


Stanley Greenspan was a genius of understanding and kindness. In a world where it began to be the norm to ignore, punish and assume that children on the Autism Spectrum could only learn through rote reinforcement, Stanley stood up and said, "No, there is another way." He took people to task for assuming that behaviors were to be extinguished, not understood as communication, and he wanted people to understand that what people with the diagnosis of Autism Spectrum Disorder had to think and say was at least as valuable and interesting as anything their teachers and clinicians thought or said. His respectful approach never closed the window of hope, and he always assumed that a great, respectful, developmentally appropriate treatment program could help every person at any age.

The following video from the Rebecca School YouTube Channel is Dr. Stanley Greenspan giving a brief introduction to D.I.R./Floortime.


Coach Mike Frandsen was named Autism Light #148 and he wrote a very informative article about the legacy of Dr. Stanley Greenspan for the DC Examiner. In it Mike Frandsen said,


I’m not sure who the other three people would be, but if there were a Mount Rushmore of autism therapy, Greenspan would be on it. In sports, one of the criteria for Hall of Fame eligibility is whether a player had such a profound impact on the game that he changed the way the sport was played. If there were an Autism Hall of Fame, Greenspan would make it in on the first ballot (Source).

You can learn more about Dr. Stanley Greenspan's life and qualifications on these pages.

Special thanks to Dr. Stanley Greenspan for his work that brought D.I.R./Floortime to the autism community. To one who built his legacy on sitting down on the floor with little children who had autism, we stand up and cheer him as an Autism Light that shines every brightly beyond his years on this earth.

Photo: The photos in this post are used with permission of Dr. Stanley Greenspan's family.